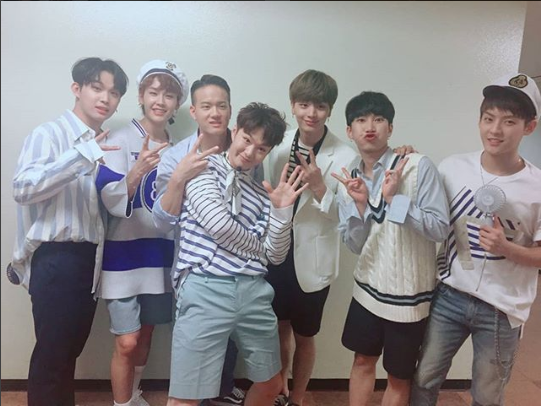 Ahead of his first Manila fan meet, Yook Sung-jae and his fellow BTOB members have renewed their contracts with Cube Entertainment.

In a report by K-Pop Herald, it was revealed that their agency said all the members agreed to continue working together, as they felt strongly about keeping their promise to fans.

The group’s current seven-year contract was to expire in March 2019, but the bandmates decided to renew their contract in advance, dispelling concerns about what is called the “seven-year jinx,” which refers to K-pop groups disbanding after that length of time, as local South Korean regulators set the maximum length of exclusive contracts to seven years.

BTOB, which debuted under Cube Entertainment in 2012, has been active in various fields including musicals, variety programs and dramas. They recently released their latest summer EP entitled “This Is Us”, wherein a majority of the songs were composed, arranged and produced by the members themselves. JB

You can watch BTOB on Viu! Just text VIU ON 99 to 2948 for Globe and TM subscribers. Upgrade now to Viu Premium to experience unlimited download offline, 8 hours after Korean telecast and HD viewing! For other networks, you can purchase your Viu premium pin thru Loadcentral sellers (Cebuana, MLhullier, Western Union and Palawan pawnshops) for only P30! Hurry, for a limited time only.

Seo Kang-joon of ‘Are You Human?’ soon to show off ‘Third Charm’