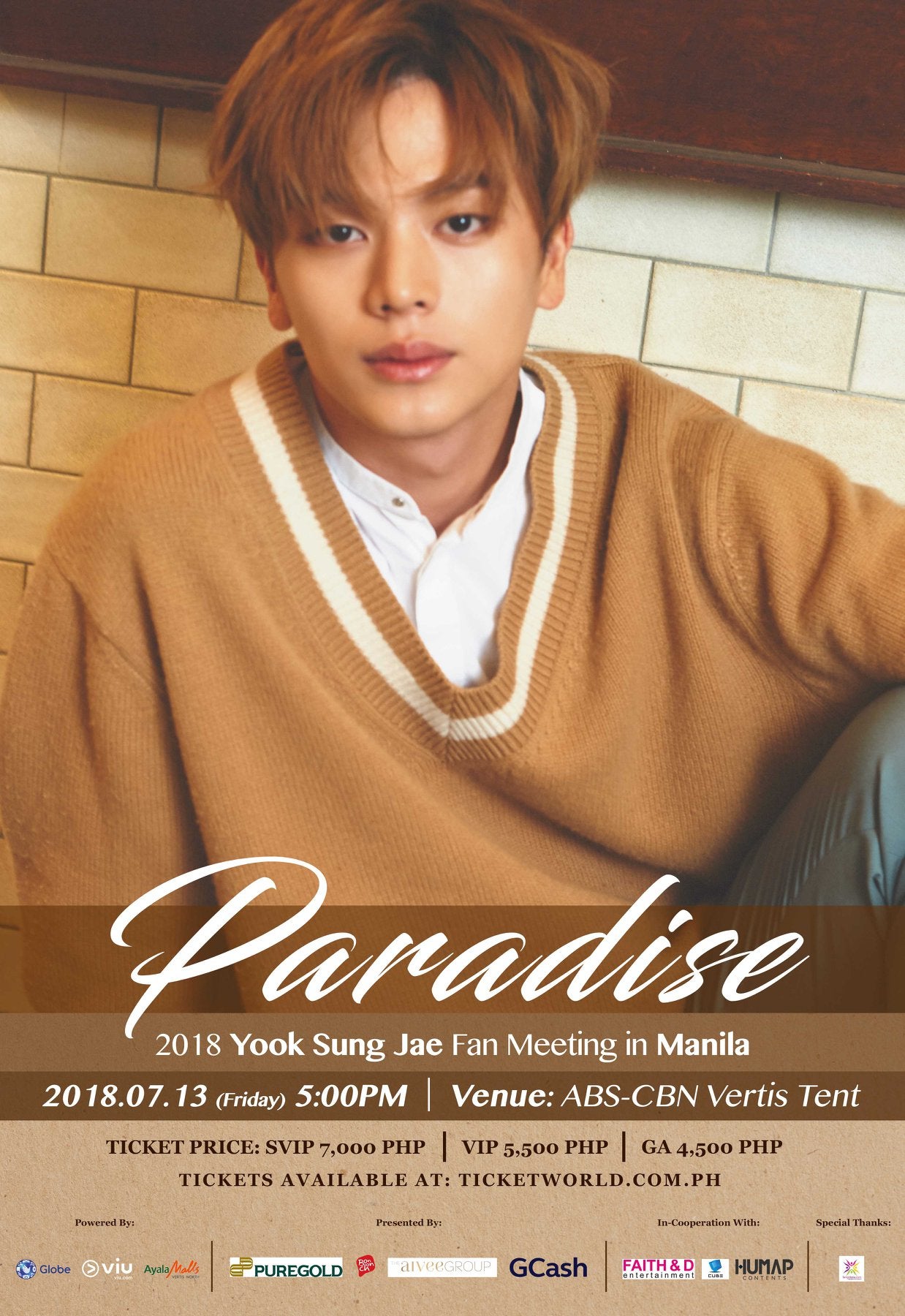 K-pop idol and actor Yook Sung-jae is scheduled to return to Manila for a fan meeting on July 13 at the ABS-CBN Vertis Tent.

“We are very happy to bring Yook Sung-jae closer to his Filipino fans,” says Viu Philippines country head, Arianne Kader-Cu. “Since its launch, Goblin has become a top-performing program on our platform, and we thank our Viu-ers for their support, she adds.

Kader-Cu also revealed that Viu Philippines, together with Globe, are working on a special project with the Korean star. “We will make the announcement soon, we hope you stay updated via our social media channels and catch Yook Sung-Jae’s shows on Viu.”

Aside from “Goblin”, Viu is streaming programs wherein the star appears, including “Reply 1994”, “Plus Nine Boys”, and the variety programs “All the Butlers”, “We Got Married” and “Inkigayo: The Music Trend” (2015 and 2016).

Sung-jae is also the maknae (youngest member) and vocalist of 7-member boy group BTOB (Born To Beat) which debuted in 2012. The group dropped the MV for their newest track, “I Can’t Without You”, on the afternoon of June 18.

The track is from their latest summer EP entitled “This Is Us”, wherein a majority of the songs were composed, arranged and produced by the members.