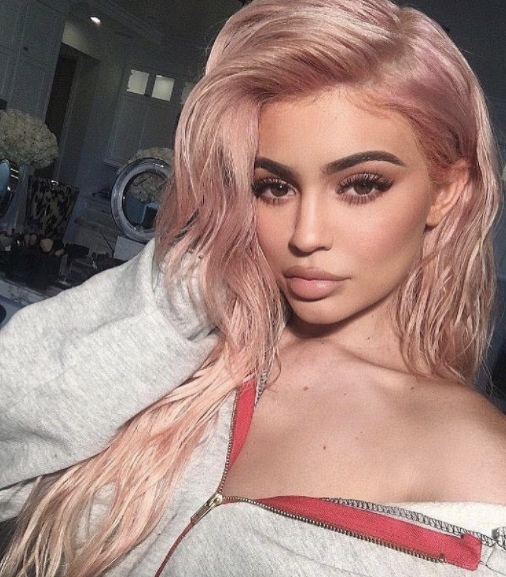 Privileged or self-made? Kylie Jenner is set to beat Facebook founder Mark Zuckerberg as the “Youngest Self-Made Billionaire.” While it is true her cosmetics company, Kylie Cosmetics, is worth multimillions, netizens do not agree that the term “self-made” applies to Jenner.

Forbes released an Instagram photo for the cover of the Aug. 31 issue of the magazine yesterday, July 11. The magazine highlighted the fact that the 20-year-old Jenner is on the way to becoming the “Youngest Self-Made Billionaire,” unseating the current titleholder Zuckerberg who had his first billion at 23-years-old.

The magazine cover was accompanied by an article explaining how the socialite made $900 million (around P4.8 billion) in less than three years: by taking full advantage of her stardom and making good use of social media as a platform.

Kylie Jenner is on track to become the youngest self-made billionaire ever, ahead of even Mark Zuckerberg, who became a billionaire at age 23. Click the link in our bio to find out how she built a $900 million fortune in less than 3 years. #SelfMadeWomen

While fans of the beauty businesswomen rejoiced on the latest achievement of the youngest Kardashian-Jenner, others weren’t as happy with the title she was given. Netizens are pointing out the fact that Jenner shouldn’t be called “self-made” as she was born into an already rich family.

Kylie Jenner is a "self made" billionaire pic.twitter.com/L7TdQIHM0s

calling kylie jenner a ‘self-made billionaire’ is like claiming you made soup from scratch because you opened a can and reheated it.

“Kylie Jenner” being put on the Forbes cover and called “self made” is laughable….really? Someone born into one of the wealthiest families in America is self made? Must be two “self mades”

Speaking as a guy who actually is "self-made", I think I can confidently say… fuck Kylie Jenner and fuck this list. https://t.co/VTnOdEEKiN

Although Kylie Jenner is a billionaire and a savvy businesswoman, I'm not sure we can call her self-made. When you're born on the top rung of the ladder, it's not difficult to reach the ceiling.

ah yes, kylie jenner, self made rich woman. how could you not love her backstory. being born to a lower class family, working menial jobs to make ends meet. finally getting her big break when her sister made a sex tape that turned into a reality show. you go, girl!

I don’t care how mad people get about my thoughts on Forbes saying Kylie Jenner is self-made. It’s insulting to people like me that actually are self-made & had to put in real work to get here. Don’t categorize someone like her with us as if she wasn’t born into a rich family.

I keep seeing tweets about Kylie Jenner being a self made almost billionaire & I can’t help but lol. You’re not a self made billionaire when you already had millions to invest into a growing multi billion dollar industry. Self made is starting from literally nothing.

One netizen, Lola (@lola_adewuya), said that calling Jenner “self-made” is “not inspiring or motivating for anyone” because it undermines the real meaning of the word: “Calling Kylie Jenner self-made without acknowledging anywhere the incredible head start she had is what allows people to turn around and look at poor people and ask them why they haven’t become billionaires yet. Her story is not inspiring or motivating for anyone.”

Calling Kylie Jenner self-made without acknowledging anywhere the incredible headstart she had is what allows people to turn around and look at poor people and ask them why they haven’t become billionaires yet. Her story is not inspiring or motivating for anyone https://t.co/YMnTSzHlKP

In another tweet, she stated that if there should be someone celebrated for being “self-made,” it should be Jenner’s mother, Kris.

If there’s anyone in that family who should be celebrated for being self-made it’s Kris Jenner. THAT is a business woman. pic.twitter.com/nD1jlh5a2H

Meanwhile, the official Twitter account for Dictionary.com also took a jab on Forbes’ cover. “Self-made means having succeeded in life unaided,” its post stated yesterday, July 11. “Used in a sentence: Forbes says that Kylie Jenner is a self-made woman.”

The online dictionary’s Twitter account even went as far as to give the link for the online definition of the word “self-made.”

Used in a sentence: Forbes says that Kylie Jenner is a self-made woman. https://t.co/sr8Ncd7s5A https://t.co/ehEL7Cf6KV

Other netizens seem to think that Jenner deserved being labeled as a “self-made billionaire” because while she was born into a multi-millionaire family, she did work and is continuously working hard.

“Kylie Jenner isn’t self made because she had rich parents” well so does Paris Jackson, Kendall, Kourtney

And “self made” means your efforts,working to get something..she didn’t inherit the $900million but the foundation which she made good use of

Stop trying to discredit her😒

Then consider how many OTHER wealthy kids are in wealthy families and have had much more for much longer, and they STILL haven't leveraged that up reach the 1Bn mark.

You don't have to like how Kylie did it, but you can't deny that she did it.

Maybe it's far fetched to laud Kylie Jenner (because we all know this is all Kris) and tout her as a self-made billionaire, but the girl did capitalize on her generational wealth, white privilege and fame in a major way. I mean, it could have gone left. Just look at Rob…

Kylie Jenner established her cosmetics company on 2016 when she was 19-years-old. The youngest of the Kardashian-Jenner clan was known for her “big lips” which she used as the basis of the “lip kits” that started her business venture. JB

Kylie Jenner reveals why she had her lips done