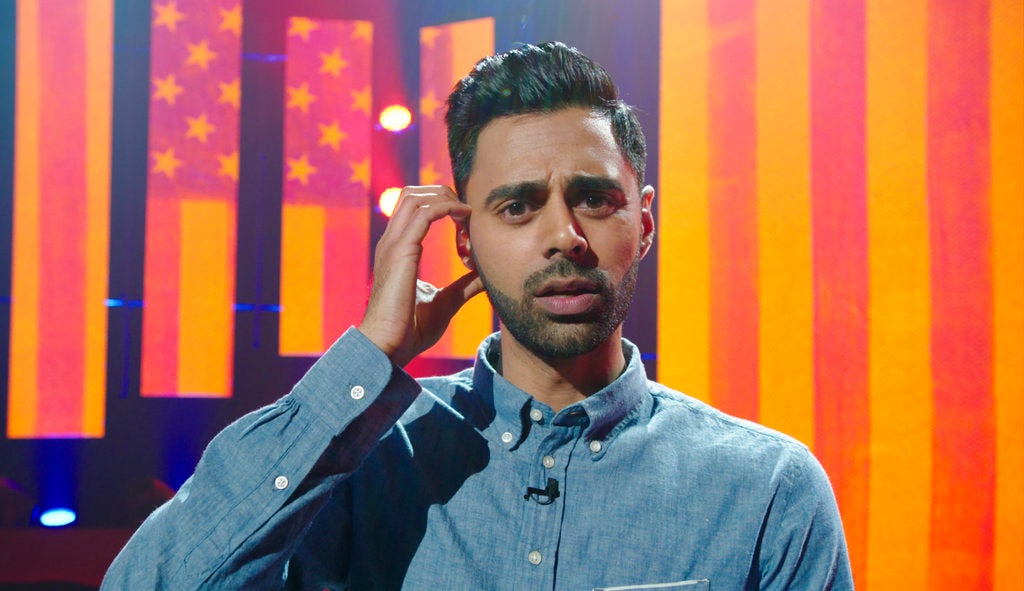 In this image released by Netflix, comedian Hasan Minhaj appears in a scene from his Netflix special, “Homecoming King.” Minhaj is kicking off a 16-city North American tour starting in August and this fall will host his own weekly comedy show for Netflix. Image: Netflix via AP

NEW YORK (AP) — Fresh off a breakout year in 2017, comedian Hasan Minhaj is ready to turn his wit to diagnosing the larger issues facing America.

Minhaj, a correspondent with “The Daily Show” on Comedy Central, is kicking off a North American tour starting in August and this fall will host his own weekly comedy show for Netflix.

“I wanted to go on tour again and present what I think will be sort of cool, insightful commentary on both the political and cultural landscape of the country that we live in right now,” he told The Associated Press.

“I have no desire — not only in the show but also in the series — to chase covfefe,” he said, referring to the mysterious term President Donald Trump introduced last year on Twitter. “I have no desire to do that.”

Minhaj instead wants to fuse his personal narrative as a first-generation Indian-American navigating between those two worlds with the current political and social backdrop to examine deep issues confronting the nation.

“A lot of people turn to daily satirical news shows to just say, ‘Hey, what is going on? Please explain it to me and break it down for me in a 7 1/2-minute act.’ What I have the opportunity to do — not only in a one-hour show but also hopefully in the series — is to talk about why things are happening and what larger questions it presents to ourselves as Americans.”

The new tour, titled “Hasan Minhaj: Before the Storm,” starts Aug. 11 with a two-night stand in Los Angeles. He will reach cities like Atlanta, Toronto, Pittsburgh, Boston, Milwaukee, Dallas, Minneapolis and Chicago. He hopes fans will be “pleasantly surprised” by his new material.

Minhaj has noted a thirst for comedy during these hectic and divisive days that have put fellow comedians like Kathy Griffin and Michelle Wolf under a microscope. He hopes there can be a nuanced view of a person’s work, even if that seems impossible in a tweet.

“Ultimately, we are satirists and comedians and the necessary condition to tell our story is that it has to be funny. So people will come up to me and say, ‘Hasan, you have to talk about Syria,’ or ‘You have to talk about what’s happening in Rohingya right now.’ If I can’t make it funny, unfortunately, I cannot do a show on it,” he said.

“If we can make it funny, that’s where, rightfully so, the John Olivers and Jon Stewarts and Trevor Noahs of the world get their applause and praise for. Like, ‘Wow, they were able to turn this very dark piece of legislation or piece of news into something positive.” NVG