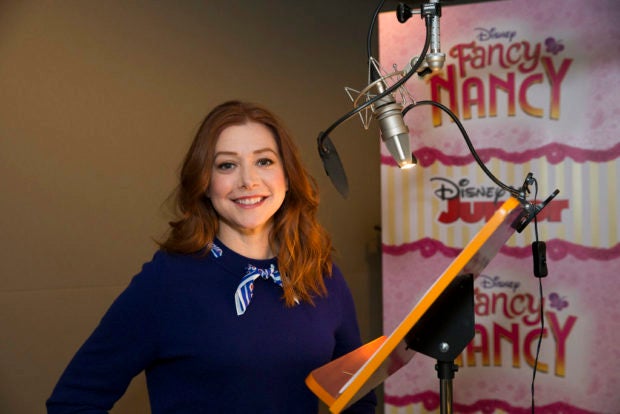 LOS ANGELES — Alyson Hannigan is clear about why she pursued a role on the “Fancy Nancy” TV series: Her daughters, ages 6 and 9.

Hannigan said there’s a “love affair” between her family and the books by Jane O’Connor and Robin Preiss Glasser about a girl who doesn’t believe in plain-wrap anything, especially words.

Hannigan was so intent on joining the Disney Junior animated series about the extravagant Nancy that she called her agent and said she’d take any role, including that of Frenchy the dog.

She was picked instead to play mom Claire (opposite Rod Riggle’s dad Doug), adding another animated project to her varied list that includes “Robot Chicken,” ”American Dad!” and “Kim Possible.”

Hannigan spoke with The Associated Press about the series debuting 11 a.m. EDT Friday and shared a tongue-in-cheek scheme to revive the 2005-14 sitcom “How I Met Your Mother,” in which she played Lily. 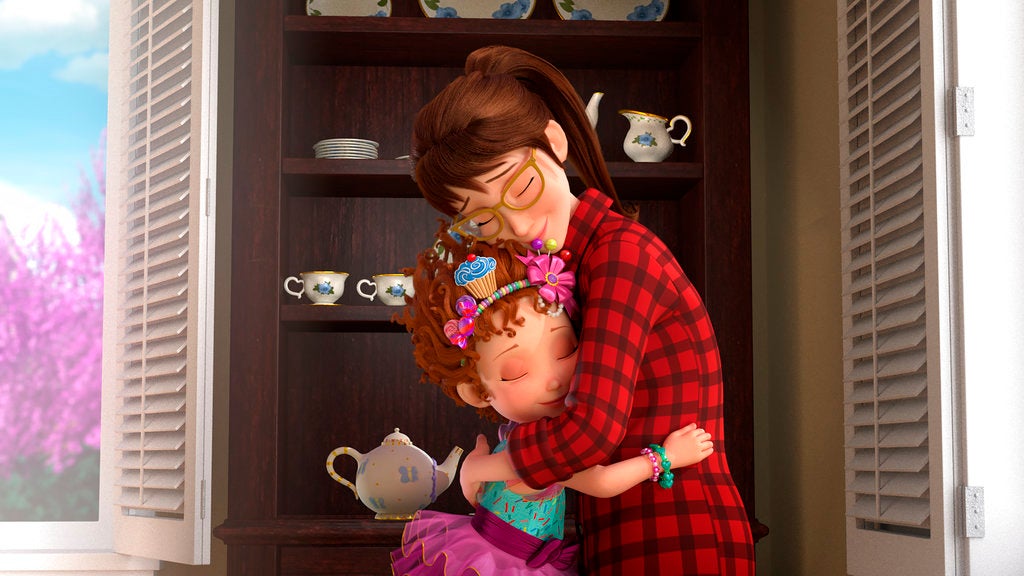 AP: What’s the appeal of the Fancy Nancy books?

Hannigan: I like the fact that it’s a vocabulary lesson disguised in a very charming story. I immediately saw my (older) daughter starting to use bigger words and fancier vocabulary. She still loves language, and so that was wonderful. And it celebrates how passionate Nancy is for all the wonderful things in her world, and how her imagination is so vivid. And I love that it captures what childhood should be.

AP: Does the series echo those themes?

Hannigan: It’s got such a good message. It’s all about kids being kids, in an authentic way, and learning valuable lessons without it being preachy at all — just celebrating individual style and everything that that the imagination can hold. It really celebrates being a unique kid.

AP: Do you approach voicing an animated character differently when it’s based on a book rather than created for the screen?

Hannigan: The family is very relatable to me, so I wasn’t intimidated by these characters already out there. The mom is relatable because she’s a stay-at-home mom with two kids and she’s up for all the art projects. I’m sure there’s always a layer of glitter everywhere no matter how much she cleans, because she celebrates the kids’ imagination and enthusiasm for all the projects they get themselves into.

AP: How much glitter would be found in your home?

Hannigan: Oh, there’s so much. I’ve been relegated to the guesthouse with my glitter because I have an extensive collection, and the kids and I definitely craft up a storm. Glitter, glue, fabrics, lots of pom-poms. My house could also pass as a Michael’s store.

AP: Why did you decide to do voice as well as on-screen acting?

Hannigan: I have always wanted to do cartoons. Joss Whedon, the creator of “Buffy,” once said, “I think if we just cut you open a cartoon would pop out.” I’ve done guest spots here and there, but, honestly, I think becoming a mom and reading to my kids every night really sort of made me figure out doing voices.

AP: “How I Met Your Mother” wrapped up neatly, but would you like to see it somehow join the comedy revivals trend?

Hannigan: I would love it. That was such a wonderful place to go to work every day and such a great group. But they (producers Carter Bays and Craig Thomas) might have blown it because they did so many flash-forwards at the end of the series. And I’m like, “Oh, no, we can’t do reunion shows because you told everybody what happened.” But hey, never say never. I would definitely be onboard if that happened.

AP: Have you been approached about it?

Hannigan. No. But my pitch is that we just do it all over again. Somebody narrates it and says, “No, no, no, kids. That’s not how it happened. I’ll tell you the real way,” and then we can just do the whole show over. MKH