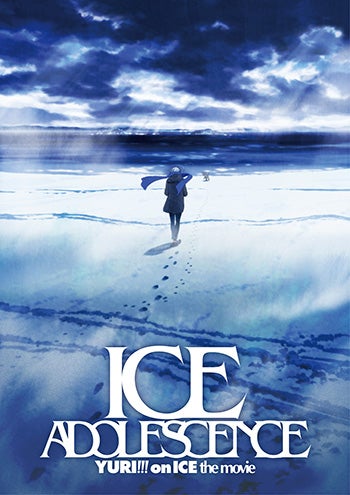 The first teaser image for the upcoming movie of popular anime “Yuri!!! on Ice” has been released along with the launch of the film’s website.

Directed by Sayo Yamamoto, “Yuri!!! on Ice: Ice Adolescence” will start a road show in 2019. Animation will be done by studio MAPPA, which handled the original anime TV series.

Along with the teaser image is a short clip with narration by Junichi Suwabe, the voice actor behind the character Victor Nikiforov in the anime.

The teaser image will also be displayed at the “Yuri!!! on Museum” event hosted by TV Asahi. The event is part of the TV Asahi Summer Festival, which will run from July 14 to Aug. 26 at the Roppongi Hills shopping and entertainment complex, reports SoraNews24.

Released in 2016, “Yuri!!! on Ice” is a sports anime series centering around competitive figure skating. The series focuses on men’s figure skating, with 23-year-old skater Yuri Katsuki as its main protagonist. The anime attracted a large following around the world and received praise from professional figure skaters for the show’s accurate portrayal.