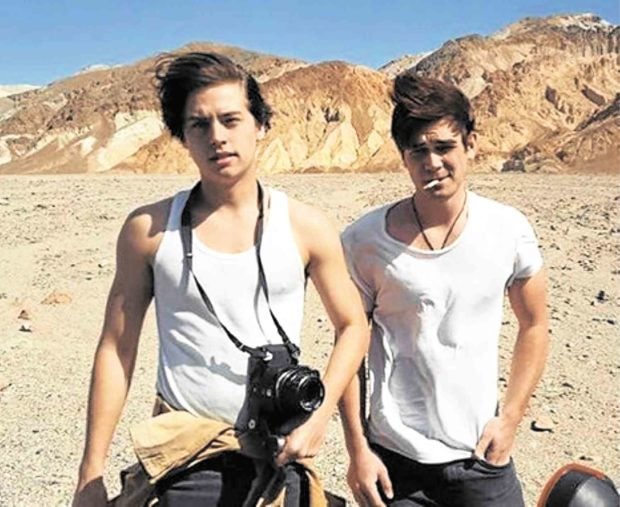 The show may often be grim and disturbing, but the “Riverdale” cast sure knows how to have fun when the cameras aren’t rolling.

Actor KJ Apa recently posted on Instagram fan-shared photos of him and costar Cole Sprouse when they were actually 17—the former was already a muscular young man, while the latter, a slender kid who looked like he was in his early teens.

Sprouse, who portrays the brooding Jughead Jones, replied, “You wouldn’t even have survived the weight of my wallet, b***h.”

Sprouse was referring to his time as a young actor, having starred with his twin brother Dylan in hit Disney sitcoms “The Suite Life of Zack and Cody” and “The Suite Life on Deck,” for six seasons. Apa, by comparison, was in a New Zealand soap, “Shortland Street,” in his teens.

The banter caught the attention of their costars. “I would have pummeled both of you, p*****s,” Lili Reinhart (Betty Cooper) commented. “I would have watched the fight from the sidelines, wishing for peace [in] school,” Casey Cott (Kevin Keller) added. Mark Consuelos (Hiram Lodge), also joined the fray: “Kids. Keep it down.”

But they really do love each other, those Riverdalers. The actors are seen hanging out a lot—on set, at the gym, outdoors—as evidenced by their Instagram Stories and pages.—OLIVER PULUMBARIT