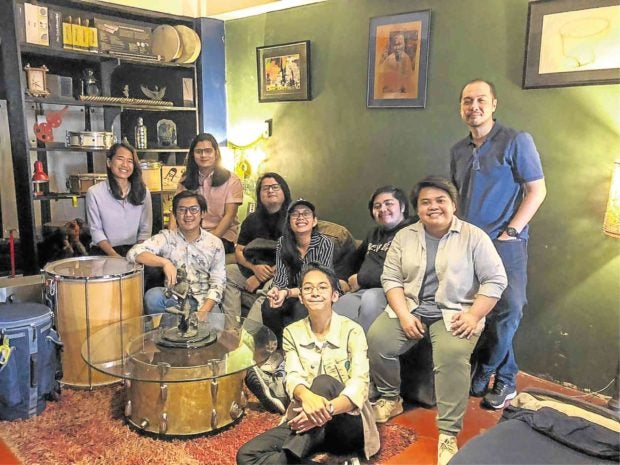 As fans of the critically acclaimed historical biopic “Heneral Luna,” twin brothers Paolo and Miguel Guico of the folk-pop group Ben&Ben aspire to have their compositions featured in projects of such caliber.

So, when the twins found out that a sequel was in the works, they submitted one of their older songs, “Susi,” to the producer for consideration.

Weeks later, the young singer-songwriters received an e-mail from TBA Studios. They did hit their target: “Susi” will be one of the main theme songs of “Goyo: Ang Batang Heneral.”

“It was a dream come true. We were starstruck, nakakakilig. We’re practically newcomers in this industry, so this is truly an honor for us,” Paolo told the Inquirer during a recent recording session.

“We hope that opportunities like these would help us express ourselves better as musicians, and allow us to share our music with more people,” said Paolo who, together with Miguel, placed third in the 2016 PhilPop Music Festival for their entry, “Tinatangi.”

“Susi”—a stirring acoustic ballad about refusing to give up and finding one’s self amid the adversities of chasing a dream—was composed by Paolo and Miguel during a rough patch during their college days.

The song wasn’t meant for any specific purpose other than being an outlet to pour their hearts on. But somehow, Paolo said, the message of “Susi” ended up echoing that of “Goyo.” “One of the movie’s taglines is ‘Tandaan mo kung sino ka.’ We didn’t write the song with the film in mind, so we find it shocking that they share the same theme,” he related. “It must be destiny.”

For “cinematic purposes,” Ben&Ben is expected to give “Susi” a bigger, more intricate arrangement fitting “Goyo’s” scale. “The movie will be visually grand, so our music should match that and have more weight,” said Toni. “So, we will be adding more musical elements… [like] percussions.”

For the film version of “Susi,” “Goyo” director Jerrold Tarog traded the camera for a drum set, and joined the band for the recording. “It’s fascinating to be working—and playing—with Direk Jerrold, because we get a better idea of the vision he has set for the film,” Paolo said.

By seamlessly melding the sensibilities of folk and pop music—both local and foreign—into emotive, stirring tunes, Ben&Ben has been steadily gaining traction, especially on the live music scene, where their gigs are frequently populated by young fans.

“Our philosophy when it comes to making music is blending the familiar with the new and unfamiliar,” related Miguel in a previous interview. He and his brother, Miguel added, are heavily influenced by such artists as Joni Mitchell, Simon and Garfunkel, Joey Ayala, Ebe Dancel and Johnoy Danao.

Aside from drawing inspiration from folk music, Paolo and Miguel also experiment with indigenous instruments.

“One of our goals is to make this kind of music more accessible to the younger generation,” he said.