Overstuffed ‘Maid’ a showcase for Andi 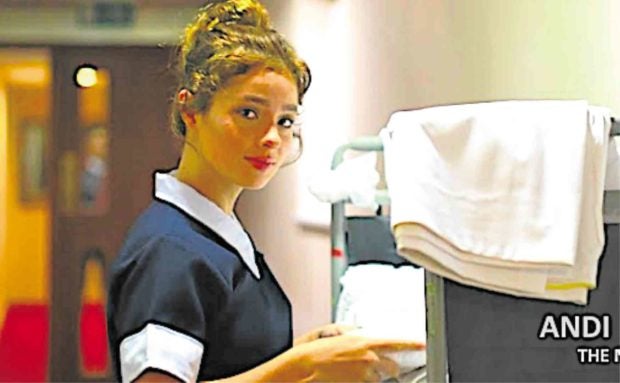 Andi Eigenmann in “The Maid in London”

“The Maid in London” is an overstuffed character study that plays out like a sudsy telenovela about beleaguered wife and mother Margo Santiago (Andi Eigenmann), a small-town lass who finds herself grudgingly working as a maid in the United Kingdom after her family is thrown into abject poverty by illness, unemployment and a crime-fueled incident.

You’ll gripe, grouse and grumble about the production’s unhurried pace and attention-stalling slowness as it chronicles Margo’s rags-to-riches journey: We see her first as a young woman who’s forced into a life of dead-end domesticity following a nonconsensual “run-in” with her jealous boyfriend, tricycle driver Ben (Matt Evans).

Then, Margo must work her ass off as an illegal domestic helper earning her guarded keep in London, despite “less-than-ideal” circumstances.

However, a sudden but convenient twist in the story involving Margo’s identity allows her to sweep all her troubles under the rug and ride happily under London’s orange-colored skies.

Despite director Danni H. Ugali’s limited storytelling flair and compromised technical polish, the movie is still viewable because it plays well to Andi’s thespic stamina and strong screen presence, which sustain viewers’ interest in Margo’s excessively dramatic upheavals. They also effectively draw viewers’ attention away from the movie’s shamelessly hagiographic depiction of its protagonist’s life. It doesn’t hurt that Andi is a lovely sight to behold.

The film lacks spontaneity and is too long for its own good—it clocks in at almost two hours and 30 minutes. Be that as it may, there’s a semblance of narrative coherence in Ugali’s circuitous exposition, even if its development is contrived, predictable and gratingly slow. 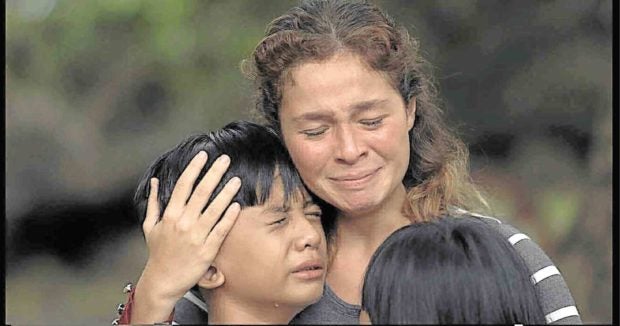 It’s further weighed down by the production’s zero effort in showing how the ravages of time and a lifetime of toil have taken its toll on Margo, who isn’t made to look older or more mature 10 years after she’s forced to marry Ben. This “gaffe,” we must point out, is as much the director’s responsibility as it is Andi’s.

One other quibble we have about the film is the awkward unevenness of the cast’s portrayals—which becomes even more distracting and glaring when charmless, characterization-compromised unknowns are made to throw lines and share scenes with Andi.

It’s a good thing the 28-year-old actress’ compelling presence and the “inner truth” she proficiently conveys are more than enough to make viewers root for her and forget about the film’s needless excesses and distractions.