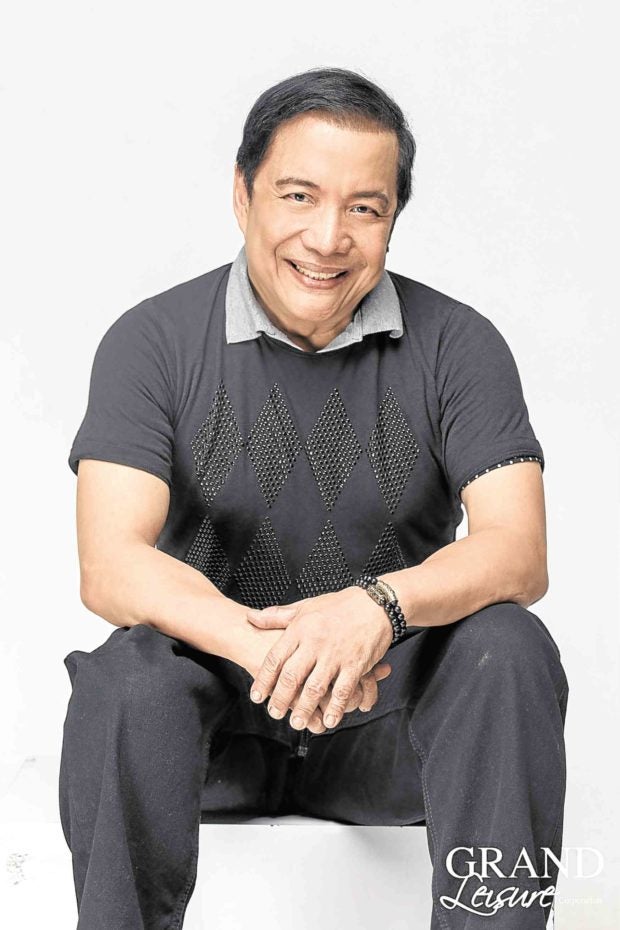 These days, Nonoy Zuñiga flies to Cebu City four to five times a month, primarily to tend to his businesses. But as he spent more time there, one other thing caught his eyes—or ears, rather: the “rich” and “beautiful” Visayan music.

This inspired him to record a song in the language. Together with the 14-year-old Cebuano singer and “The Voice Kids” contestant Jolianne Salvado, Nonoy covered and digitally released “Pero Atik Ra,” a hit Visayan pop ballad popularized by another Cebuano artist, Jacqueline Chang.

“I have recorded a lot of material both in Tagalog and English. And I wanted to try something else. You don’t see a lot of singers in mainstream—like Pilita Corrales back in the day—doing songs in different languages nowadays. So, I thought, ‘Why not do one in Bisaya?’” he said at a recent media gathering for “Music and Laughter,” a concert he will top-bill with comedian Willie Nepomuceno.

Singing in Bisaya is also his way of honoring his roots, pointed out Nonoy, whose mother is a Waray from Samar.

“Cebu is a place full of great musicians and singers, who create wonderful melodies. They have a rich music culture,” added the balladeer, who’s behind the enduring songs “Doon Lang,” “Never Ever Say Goodbye” and “Kumusta Ka.” “And I wanted to immerse myself in it.”

Nonoy hopes to work on a Visayan album in the future, and, while at it, help promote Visayan pop in Manila and other parts of the country.

“They’re all very talented; they have fantastic songs, but they don’t get much attention elsewhere. So, I want to encourage them to go and continue making music, and open the doors for Filipino composers writing in other languages,” he said.
Gifted

Meanwhile, asked who among the current generation of singers he wants to share the stage with, Nonoy chose Morissette, who’s also from Cebu.

“She’s gifted. I’m particularly impressed with the control with which she uses her whistle register. While some singers just eke a note out, Morissette can play with hers,” he said.

For their coming show at The Theatre at Solaire on July 27, Nonoy said he would perform his hits and maybe join Willie for some comedy.

He doesn’t see himself taking on newer pop hits, but should the fans insist, he may just do an Ed Sheeran number, like “Perfect,” he said, laughing.