Angelica Panganiban reflects on love: ‘Maybe love is a friend’ 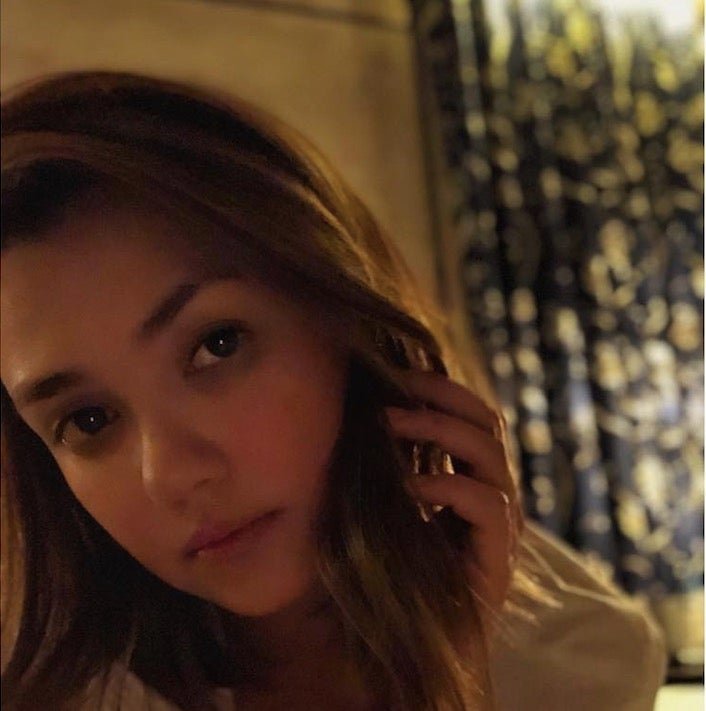 Angelica Panganiban expressed her thoughts on love in a quote from writer R. M. Drake.

An update on Panganiban’s Instagram Story included one of Drake’s proses about love. Coincidentally, the part about “maybe love is a friend” may make fans think back on the good relationship Panganiban has had with actor Carlo Aquino despite having broken up as a couple in 2006. 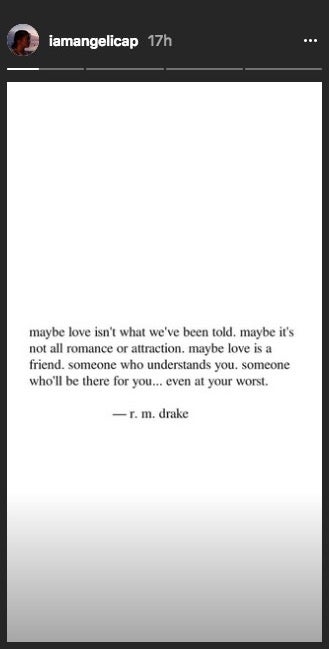 Without any context on why Panganiban uploaded the quote, it may just be part of the teasers she and Aquino have been posting on Instagram lately for their upcoming movie. The two celebrities will star in Dan Villegas’ “Exes Baggage.”

Panganiban recently uploaded a teaser video for the upcoming film. It showed her and Aquino hanging out in a bar. At one point they looked like they were having fun talking, in the next they were suddenly serious. Given the film’s title, the story may revolve around ex-lovers and the issues that come with the territory. This premise could become more interesting considering Aquino and Panganiban’s own personal past together.

Word of a new project first came out when Aquino dropped a hint in an April 24 post on his Instagram account. It included a snapshot of himself embracing Panganiban tightly while they both smiled.  /ra