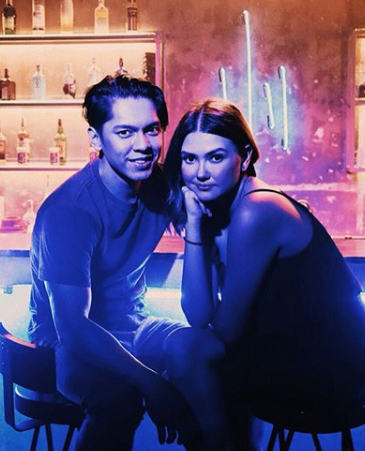 Real life old flame Angelica Panganiban and Carlo Aquino have been well on their way to igniting “kilig”once again with their reunion movie “Exes Baggage.”

And as their fans eagerly await its official release, the public was let in on a sneak peek into the so-called ultimate exes movie.

This early, the movie has been making a buzz given that the lead actors were real life ex-lovers.

Panganiban and Aquino were each other’s young love. They grew up together and has starred in most of their projects growing up.

They officially became a love team in the ‘90s youth-oriented show “G-Mik.” When the show ended in 2002, they continued being a team at G-Mik’s spin-off show “Berks” which ended in 2004.

The two had been together for six years until their relationship ended in 2006.