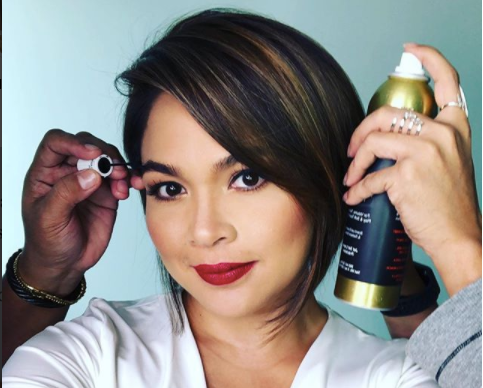 The last time Judy Ann Santos appeared in a television series was back in 2013 for “Huwag Ka Lang Mawawala”, which saw the Queen of Philippine Soap Opera on screen with the likes of John Estrada, KC Concepcion and Sam Milby.

Five years have passed since then and for any avid Juday fan, a teleserye from their beloved idol may seem way overdue. But Santos has taken her sweet time, and this year, she marks her teleserye comeback in “Starla”, a series spearheaded by director Onat Diaz.

Much has yet to be known about the details of “Starla”, and its date of airing is yet to be announced, but these gaps were filled by Santos, who has taken to social media to express her excitement for her own comeback.

For one, preparations for her role in “Starla” involved snipping her locks away. Santos shared on her Instagram page on June 19 a snap of famed hairdresser Jing Monis at her house, with his bag of hairstyling tools.

Meanwhile two days ago, in June 24, Santos updated her fans on Instagram that they have already started filming for the series, with her sharing a picture of their roll time schedule.

And it wasn’t just her loyal fans who were excited for her comeback. In her post, many of her fellow celebrities were joyous about the news and sent greetings her way.

It’s apparent that Calzado and Santos are close friends, as Calzado and British fiancé Ben Wintle went as far as asking Santos and husband Ryan Agoncillo to be their wedding godparents.

Dreamscape Entertainment, the management which “Starla” is under, also showed its support for the main star, as the company took to its official Instagram account yesterday, June 25, to share pictures of Santos in the set of “Starla”.

“The greatest comeback on television of THE QUEEN OF PHILIPPINE SOAP OPERA,” wrote Dreamscape Entertainment. “Ms. Judy Ann Santos on her first taping day for #Starla.”

The greatest comeback on television of THE QUEEN OF PHILIPPINE SOAP OPERA, Ms. Judy Ann Santos on her first taping day for #Starla. @officialjuday

In the photos, Santos is seen seemingly calling somebody on the phone, as she stood inside an office in her power suit. Talk about being a total boss. JB