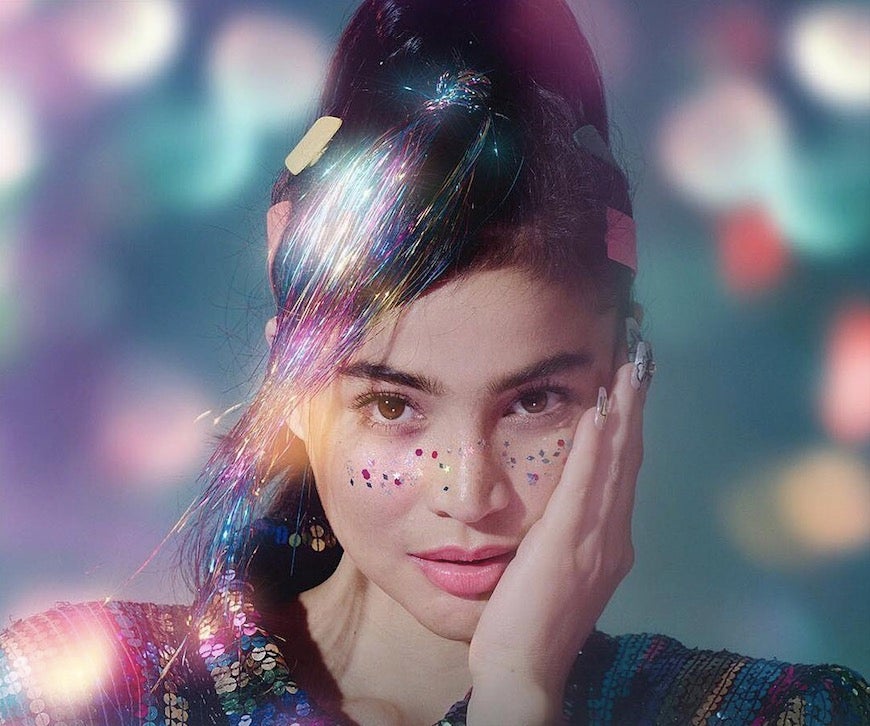 The actress felt excited because she found Black Pink’s latest music video for their new song “Ddu-Du Ddu-Du” had a similar feel to the poster for her upcoming concert. She tweeted about this on June 15. The tweet attracted the attention of her fans and fellow Black Pink fans called “Blinks.”

While Blinks exchanged stories and joked about how one of the group’s members looked like Vice Ganda, a basher with the handle @NanayR3dg3 chimed in to call out Curtis on her tweet.

“How dare you suggest Black Pink copied your concert’s poster. ‘Dying of kilig’ my foot.” 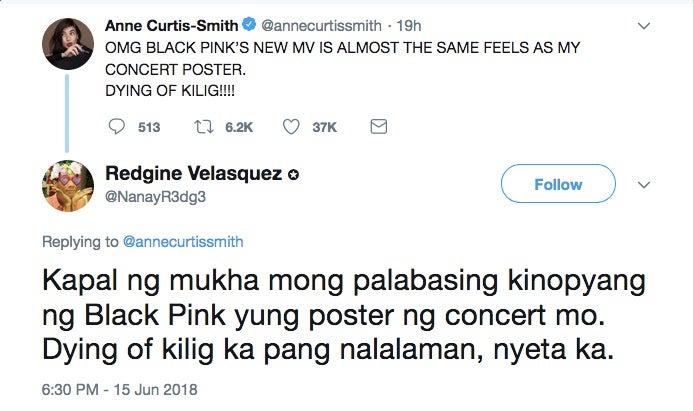 Curtis took the comment lightly and explained what she meant about the comparison of Black Pink’s music video to her concert poster. 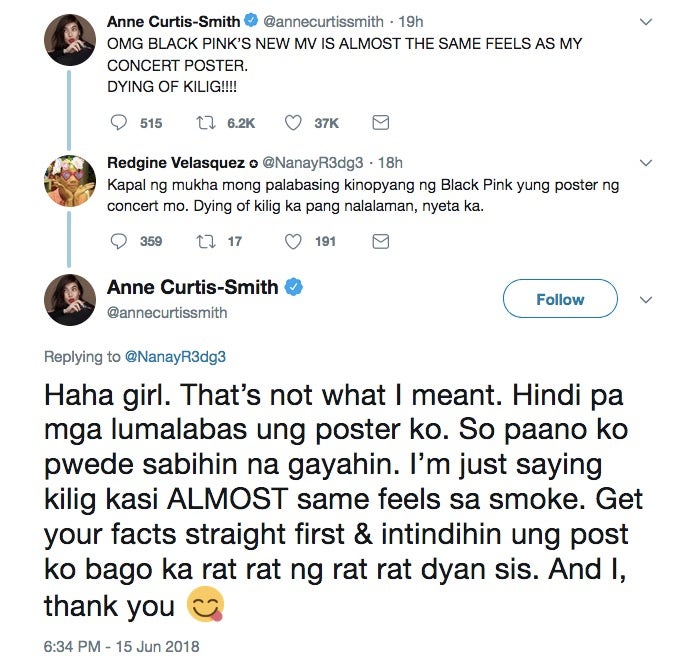 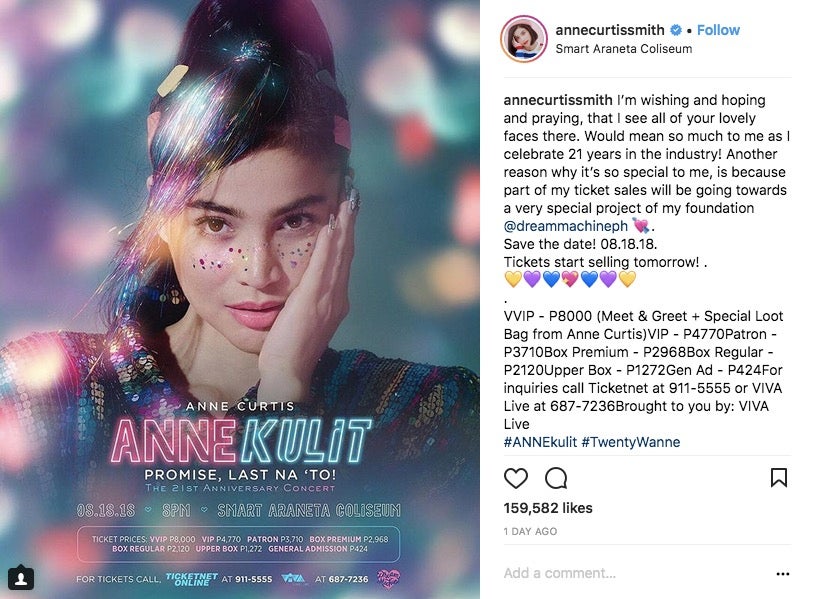 Fans know and love Curtis as one of the local celebrities who openly fangirls over K-drama and, more recently, K-pop. Curtis even said she would attend K-pop fan meets and concerts whenever her schedule permits in an April 28 tweet.