Matsunaga claimed in a June 13 Instagram post that it was the first time he met Aleksandra. He wrote on the caption, “Such an amazing day full of love and laugh. First time meeting my pieknas sister Ps: those cows attacked us we had to runnnn.” 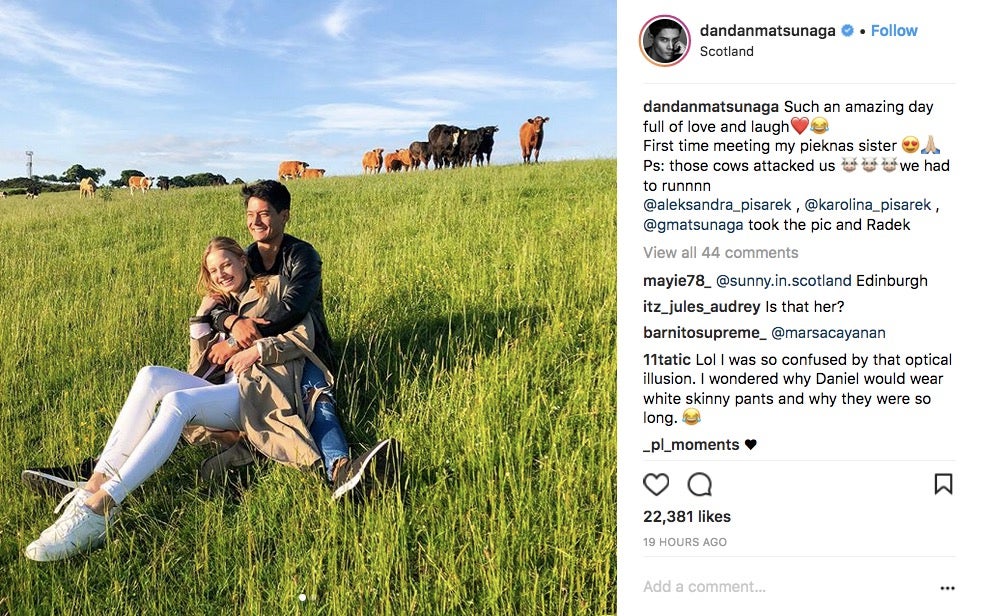 The post’s geotag suggested Matsunaga, Karolina, his brother Guilherme and Aleksandara were in Scotland when the photo was taken. He also mentioned Radek, who may be the gentleman standing beside Aleksandra.

The actor earler met Karolina’s parents when he visited them in Warsaw, Poland, last February. Karolina also met Matsunaga’s parents during her visit to the Philippines for the 2017 holiday season. Having met with both families, wedding bells may not be too far off in the couple’s future.

Matsunaga first met Karolina when she came to the Philippines to do an advertising campaign. In 2017, reports came out that the two were dating. Karolina is a runner-up in the Polish reality TV show Top Model.  /ra