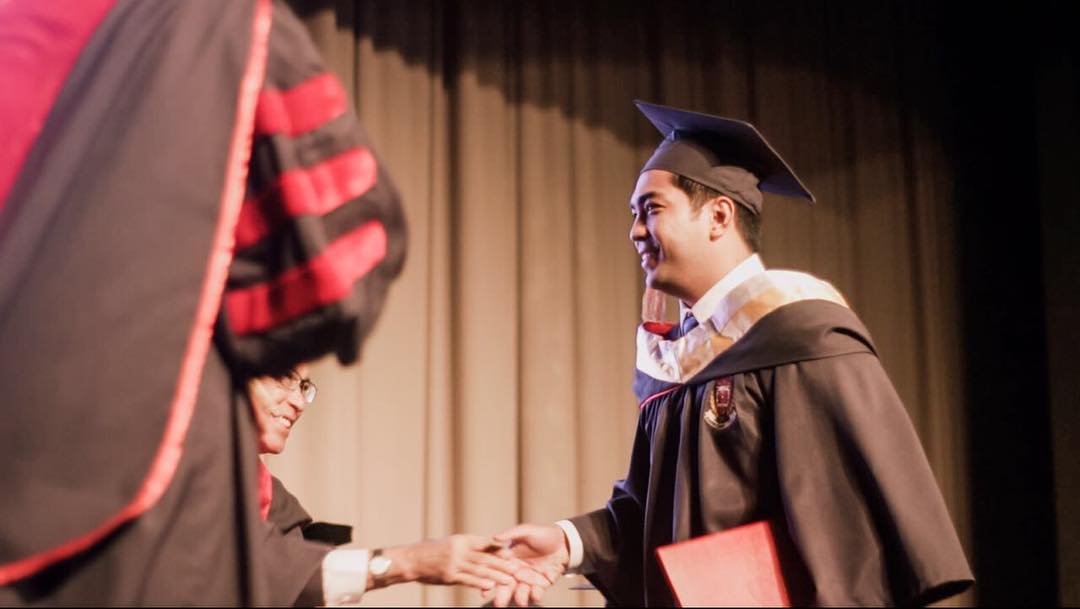 Jolo Revilla recently became one of the graduates to receive a diploma after completing his legal management course in an Expanded Tertiary Education Equivalency and Accreditation Program (ETEEAP) in Lyceum.

Revilla shared a snapshot of himself wearing a toga and shaking hands on stage in an Instagram post on Wednesday. “Being a public servant, actor and a student all at the same time is a great challenge,” he said. “Pero tulad ng marami sa inyo, I made it. Kapag ginusto, kahit mahirap, hindi lang kakayanin, mapagtatagumpayan pa (But like many of you, I made it. If you really want it, even if it’s hard, it’s not enough just to get through, you conquer it)!”

On a succeeding post, he shared a shot of the 2018 graduates filling the Philippine International Convention Center (PICC), who had their right fists raised in the air.

“Together with my fellow graduates, I’m taking a stand to serve our country by helping make education accessible to all,” said Revilla. “Lumang tugtugin man pero totoo (It’s an old tune but still holds true), education is the only key to alleviate poverty.”

While active in his role as Harold Casilag on the TV series “FPJ’s Ang Probinsyano,” Revilla also works as the vice governor for Cavite. He currently stands as the youngest vice governor elected to office in Philippine history when he won the elections in 2013 at age 25. Former senator Benigno Aquino previously held this title when he was elected as the vice governor of Tarlac in 1959 at age 27.  /ra

Hero Angeles reflects on Star Circle days, thankful for how they changed his life

Richard Gutierrez may be starring in new Olivia Lamasan movie