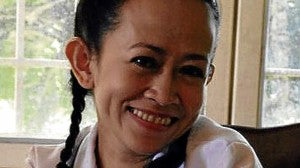 They are often unsung heroines on local movie sets. They usually, thanklessly, play blink-and-you’ll-miss-them characters — the sidekick, the domestic, the comic relief, the perennial best friend or suffering mother.

But in Tony Gilroy’s “The Bourne Legacy,” currently shooting in the country, these good old reliable character actors who made the grade can expect to be treated like the professionals that they are.

For those in the know, it hardly came as a surprise that theater actors Ruby Ruiz and Anne Garcia had been chosen to play small parts in “Bourne,” along with colleagues Madeleine Nicolas, Lou Veloso and John Arcilla.

Ruiz has been acting for 25 years, being a resident player in one of the country’s leading theater companies, Philippine Educational Theater Association. Garcia trained in the Actors’ Company of Tanghalang Pilipino, and has appeared in numerous commercials, TV shows and movies.

Most recently, Ruiz and Garcia were part of the GMA 7 period series, “Amaya.”

“I was Marian Rivera’s hayohay or dama (lady-in-waiting),” Garcia said.

For “Bourne,” they will have scenes with lead stars Rachel Weisz and Jeremy Renner, according to an insider, but they both went through the wringer. 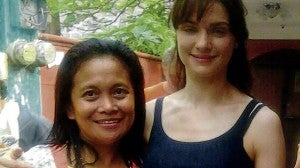 RUBY Ruiz (left) says she and Rachel Weisz talked about ordinary, everyday stuff like motherhood and their families.

Garcia recalled her audition, saying she was nervous at first. True to her theater background, she had come prepared. “I wore my costume for the VTR.” Happily, it was also like a “reunion,” she related. “I got to see my actor-friends from different theater troupes.”

Ruiz didn’t expect to land the role “a lot of good actors tried out.” Theater actors were tapped, she believes, “because we can cope with the international production demands. Most of our scenes were improvisational. Theater people are confident performers, having undergone rigorous training.”

Having done international movies in the past, Ruiz and Garcia are familiar with the work system, too. “But the last time I did a foreign movie, for BBC, was a long time ago,” Ruiz recalled. “It was a Vietnam war movie and I played a secretary. I’ve forgotten the title.”

A regular in the films of Jose Javier Reyes, Garcia was in the cast of the Japanese film “Pandemic Island” and the Singaporean movie “Incredible Tales.” “Foreigners are very professional,” said Garcia, who’s been in the biz for a decade. “They are very particular about punctuality. A day before the shoot, I sat down and met with the director and crew to discuss the film.”

Ruiz agreed, adding that, on the “Bourne” set, she felt that she was “treated as an equal,” a valuable part of the team.

“They never made us feel like bit players,” Ruiz pointed out. “It was humbling and inspiring at the same time. The director has a collaborative work style. He gave us a free hand with our roles. He was very good.”

Oscar-winning actress Weisz was no prima donna, Ruiz recounted. She said Weisz was even the first to break the ice, since Ruiz was initially shy to chat with the Hollywood star. “She’s simple and down-to-earth. We talked about ordinary things—motherhood, family …” It was hot on the set, Ruiz said. “I took out a pamaypay and started fanning her. Rachel blushed and said I didn’t have to do that.”

Garcia was certain that the Philippines was picked over Indonesia and Vietnam as a location because “we are hospitable, friendly and accommodating.”

Ruiz said some members of the “Bourne” crew have expressed satisfaction about the time they’ve spent in the country so far. “They were impressed with the country’s progress in the last 12 years. They noticed that there are more malls and hotels … that it’ll be convenient to visit or work here again.”