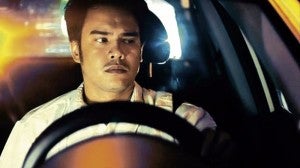 It’s nothing short of historic  that student films will be screened at SM, the virtual home of commercial movies.

Hewing closely to the examples set by Cinemalaya, Cinemanila and Cinema One, mall chain SM has mounted its own digital film festival dubbed “Bigshot.”

Garnica pointed out that there are a lot of promising filmmakers among the youth. Digital technology has made filmmaking more accessible and less expensive as well, she said. SM, she explained, is encouraging the creation of more digital films since the mall cinema chain plans to go fully digital in April or May this year. “SM is converting all its 230 cinemas from film to digital,” Garnica said. 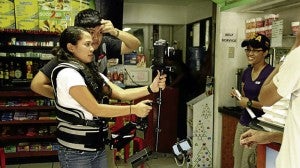 The Bigshot fest, with the theme “Modern Heroes,” will run simultaneously in SM Manila, Megamall, North Edsa, Mall of Asia and Cebu, from Jan. 25 to 31. In the next two years, SM plans to tour the films in different campuses and cities nationwide.

SM gave a P500,000-grant for each of the movies produced. The Film Development Council of the Philippines awarded an additional grant of P100,000.

Carbagan, from UP Diliman, admitted that the grants, although generous, proved inadequate even for student films, but her colleagues insisted that “budget constraints” pushed their creativity to the max.

De Rivera, also from UP Diliman, noted: “We had to make adjustments and ask for a lot of discounts and that entailed a lot of haggling. These are things you don’t learn in film school.”

Dimaculangan, from UP Film Institute, added: “But one thing I learned in school is the art of making something out of nothing.”

Syfu, from De La Salle University, agreed: “It was a steep learning curve for us. But we’re thankful for all the support we got. We can’t quantify the exposure we’ll get at SM cinemas.”

SM teamed up with DCinema for the films’ digital conversion. Another company Digitank, De Rivera said, gave them free use of cameras, rigs and other special equipment.

Yet another valuable help extended by SM was the mentoring provided by indie scriptwriter-producer Raymond Lee, filmmaker Mark Meily and scholar-director Nick Deocampo.

“We got lots of tips from them … on the importance of preparation and having a good script,” De Rivera recalled.