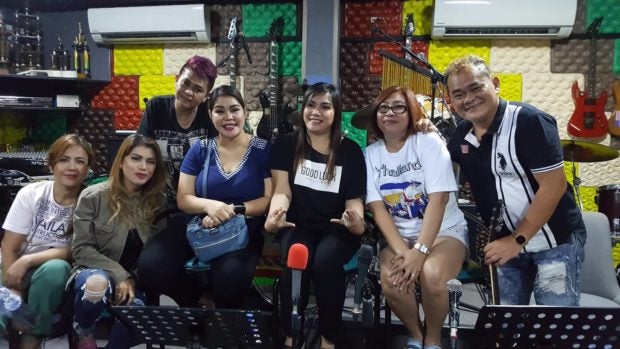 Singers who have made their mark in the music industry make good judges of musical competitions. And when it comes to Pinoy rock ballad, the band Aegis definitely stands out.

However, none of the band members would want to be a judge in any singing competition.

They admitted that they have been offered solo contracts.

Aside from Juliet, the band members include her sisters Mercy and Kris on vocals; Rey Abenoja on guitars (the only male member); Stella Pabico on keyboards; Rowena Pinpin on bass, and Vilma Goloviogo on drums.