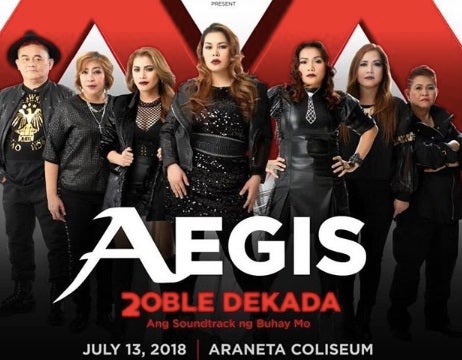 The band has made powerful music in the past two decades and their hit songs such as “Halik”, “Luha” and “Sinta” among others are just staple favorites at karaoke bars. Now, these heart-wrenching songs are going to be revived by the band and their loyal fans in their upcoming concert.

Even with undoubted fame, the band has only set foot on Araneta as a guest performer in the past. Now, it is indeed a dream come true for them to have their own major concert at the Big Dome. /jpv