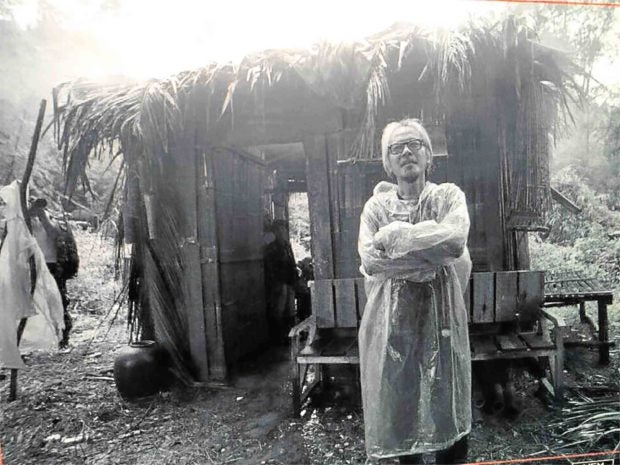 Lav Diaz on the set of “Halimaw”

The Filipino film tied with Argentine director Lucrecia Martel’s “Zama” for the fest’s top honor. According to the fest’s website, the two awarded films “equally and magnificently defend and advance cinema and its possibilities, and hence life itself.”

Organizers point out that the two films can’t be more different and “aesthetically distinct” from each other. “Each is an utterly unique creation of cinematic genius.”

Jurors commend both films for “confronting the histories of their countries that have forsaken and scorned their own.” They hail the winning movies as “the latest from … an astonishing body of work of two tireless masters.”

The fest’s website sums up “Halimaw” as Diaz’s latest “contribution” to the discourse on his country’s past and present. “[But what is] new here is that the story is completely sung in blank verse, in the spirit of Homer.”

The fest’s programmers explain that music is “meant to help make the story easier to remember and pass on.” They note that “‘Halimaw’ alternates between opera, musical and musical theater.”

They assert: “No work in the history of cinema can even compare to this film. And few are as poignant, powerful, generous and kind-hearted.”

Diaz, who was a jury member last year, also created Bildrausch’s official trailer for the 2018 edition.

The Bildrausch site describes the event as “an intimate international film festival … [that] offers room for discovery, poetry and sumptuous images.”

The event is “dedicated to innovative filmmaking … idiosyncratic cinematic language and uncompromisingly different approaches to narration.”

The Bildrausch Ring is the second international award of “Halimaw,” which brought home the top prize in the Gems section of the Festival Internacional de Cine Cartagena de Indias in Colombia last March.