What happens when Darren Criss sits down for an hourlong interview 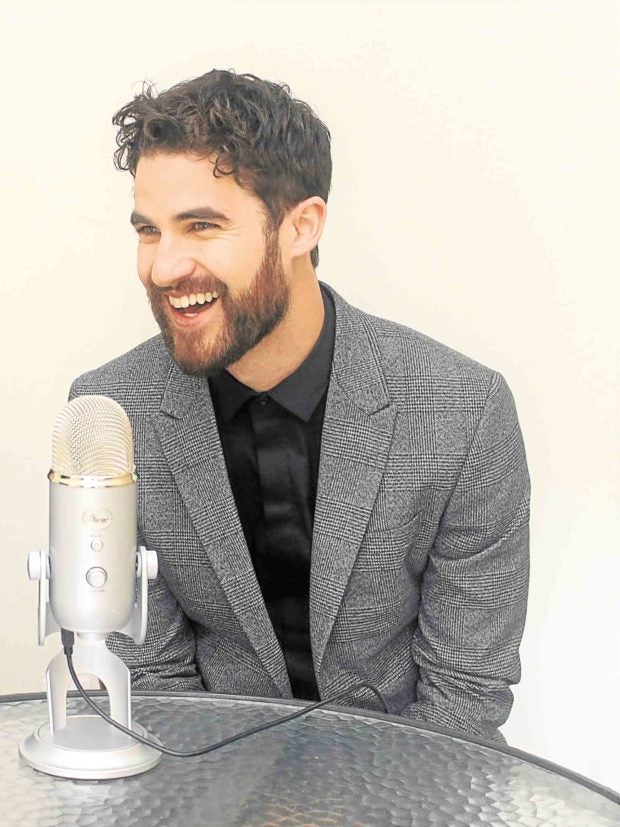 Darren Criss at podcast interview with the columnist—RUBEN V. NEPALES

LOS ANGELES—A recent opportunity to sit down with Darren Criss for a podcast interview gave me a chance to ask many questions I have always wanted to ask him. In our extensive conversation, Darren and I got to discuss some of the highlights of his young life and career so far.

I know that Darren is articulate based on our previous interviews but after conversing with him for almost an hour, I was struck by his intelligence, knowledge and eloquence. No “Ah,” “Uh,” “Um” and “You know…” from this actor-singer-songwriter, who looked sharp in a slim gray suit and black shirt. He gave answers that were insightful, fresh and candid.

In a room at the Four Seasons Hotel in Los Angeles, Darren reflected on his Andrew Cunanan role in “The Assassination of Gianni Versace: American Crime Story,” for which he won raves from critics and viewers; childhood in San Francisco, including his professional stage debut at 10 years old; school days, including his chuckling reminiscence about being voted most likely to win a Grammy in high school; playing Harry Potter for StarKid Productions which he cofounded after college; landing the Blaine Anderson role in “Glee”; ongoing tour with “Glee” costar Lea Michele; engagement to Mia Swier and the piano bar they just opened; being a mixed-race actor and his stance on whitewashing and diversity in Hollywood, goals and dreams. 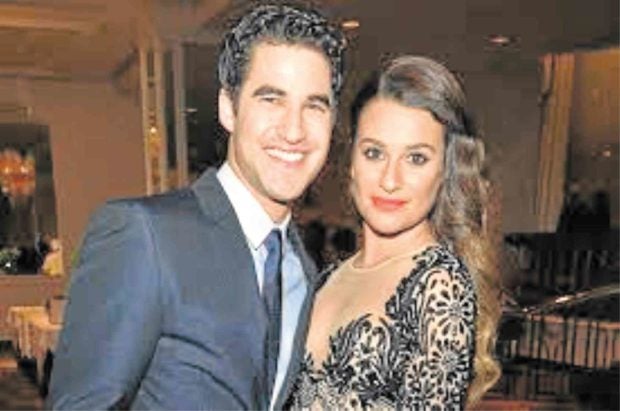 I had several more questions to ask but we had to stick to the podcast’s 45-minute format. Let me stress that the following are just excerpts. I only included his answers pertaining to his Filipino-American heritage.

You can hear my complete interview with Darren, as part of “HFPA in Conversation” series, by listening on iTunes or Apple Podcasts: https://itunes.apple.com/us/podcast/the-hfpa-in-conversation/id1342322983?mt=2.

Make sure you subscribe to catch new conversations every week. I look forward to conducting more interviews in this series in the future.

Ryan Murphy said that one of the reasons why he cast you in “The Assassination of Gianni Versace” is that you are half-Filipino as Andrew Cunanan was. Can you talk about the irony that in your most important role so far in your career, you played a Filipino-American who was on America’s 10 most wanted list? The only thing that I can hope I’m doing is trying to create some kind of light from so much darkness… So yeah, the irony is not beyond me that here I am, almost custom-built, just by sheer providence for this role. How do we bring justice to something that is so devoid of justice? The only answer to that is trying to bring a conversation that can help us understand how these things can happen, how we can avoid it, how we can process a tragedy in terms of how did we get there and how we can avoid it in the future. It is a strange, cruel irony, isn’t it?

Yes. But again, it’s the first time I’ve ever played anybody who was close to my (heritage). It’s the first time ever anyone’s really asked about my ethnicity. So that’s something we celebrate, and we like to talk about.

And so, if that sheds any positivity toward people who maybe feel more represented, especially when you talk about people like Jon Jon Briones who’s from the Philippines and who has a wonderful role and does an excellent job. This is a show that is depicting, probably for the first time in my memory, a really complex Filipino character who was a real person and peers into a real Filipino family’s life. To be able to shed light on that is very exciting. I’m very proud to be part of that.

What were you like as a kid growing up in San Francisco? Were you the boy who loved to perform for family and friends? No, I hated performing for my family and friends … my Filipino aunts would always make me perform and I hated it. If it was on my own volition to do a song and dance number, then I’d be happy to. I always wanted to because I enjoyed it, but if you told me to do something, I was like, “No way.”

I never had this need to perform. I have the luxury of saying that because I’ve been very lucky with being given opportunities to do that. I like bringing people that I like together.

More recently, I opened a bar with my fiancée. It’s more about, if I’m going to be really holistic and New Age about is, I’d like offering group community and catharsis and making people feel good about themselves and about life.

Did your musical inclinations come from both sides of your family? Your mom (Cerina Criss) is from Cebu, which is known for its very good singers and musicians. It’s funny. I was watching something the other day that the number one export of the Philippines is people. A huge percentage of that labor is actually musicians.

My mom’s a very charismatic, fun lady who is a natural performer in her own right. She’s very musical and raised us with music everywhere.

My dad (Charles William Criss) is a bit more of the sneak attack musician. I have this whole theory about people who have musical ability but don’t play music. I think my dad has one of those things.

We grew up in a household where a lot of singing and music was around. So, I’m definitely the combination of both my parents—my mom’s drive and my dad’s enjoyment.

In these times when there’s a clamor for more diversity in Hollywood and everywhere, where do you, as a mixed-race actor, stand on this issue? I’m such a bleeding heart idealist … but I truly believe that everybody really does have the best intentions.

I have met a lot of these casting directors and people who want to create colorful storytelling, literally and figuratively. I think they really do their best. At the end of the day, they’re trying to figure out what can tell the story the best and it comes down to good storytelling, regardless of race, ethnicity and sexuality.

But I’m proud to be mixed-race. It’s cool to be representing that in some small way and in the media.

But we have a long way to go. I think that starts with us not representing the actors necessarily, but the storytellers. There are so many great narratives from all walks of life that have yet to be told. That’s where it needs to start focusing more on … And then from there, making sure we cast accordingly.