LOOK: Who took pictures with BTS backstage of BBMA? 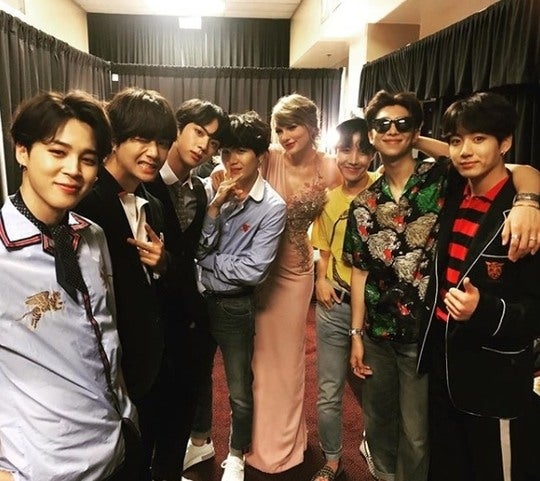 Backstage of the Billboard Music Awards is the cool place where attendees hobnob and take photos with one another. And superstar group BTS, which fired up this year’s BBMA that took place Sunday, May 20, was no exception.

Social media has been buzzing with the boy band’s photos with singers like Taylor Swift.

The “Look What You Made Me Do” singer, who took home the Top Female Artist Award, posted a shot taken with BTS members Jin, Rapmon, J-Hope, Suga, Jimin, Taehyung and Jungkook on her Instagram account, along with the caption, “BTS. So great meeting you!! You’re killing it!!” and a cute emoji.

Other celebrities who uploaded photos on social media taken with the K-pop stars include John Legend, Tyra Banks and DJ Khalid. 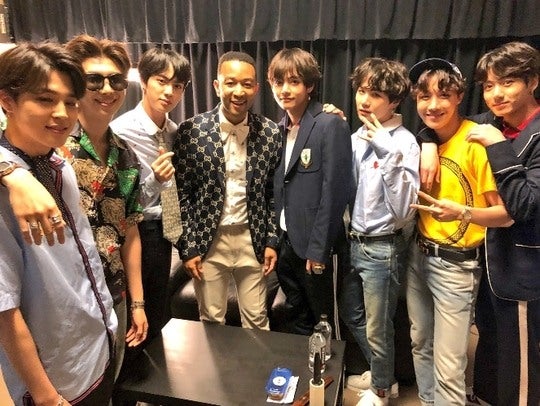 American wrestling legend John Cena also recently posted a video response via Twitter of himself speaking in Korean to show his love for BTS. The 41-year-old tweeted, “Please @BTS_twt forgive my inexperience with the language, but here is my answer,” and filmed himself saying in Korean: “I am an ARMY.”

Watch BTS on Viu! Just text VIU ON 99 to 2948 for Globe and TM subscribers. Upgrade
now to Viu Premium to experience unlimited download offline, eight hours after the Korean telecast and HD viewing!

For other networks, you can purchase your Viu premium pin thru Loadcentral sellers (Cebuana,
MLhullier, Western Union and Palawan pawnshops) for only P30! Hurry limited time only!

Suits (Korea) is here for your VIU-ing pleasure

5 Asian series to fuel your drive to dream big