The actress snapped a picture with the President while he visited Cebu over the weekend for multiple events, including the opening of the Philippine National Games last May 19.

While netizens were happy to see her pose with Duterte, one netizen joked, “Yari ka dyan kay Digong (You’ll be done with Digong).” This led her to respond, “Kakahiya naman kay Presidente (How shameful to the President).” 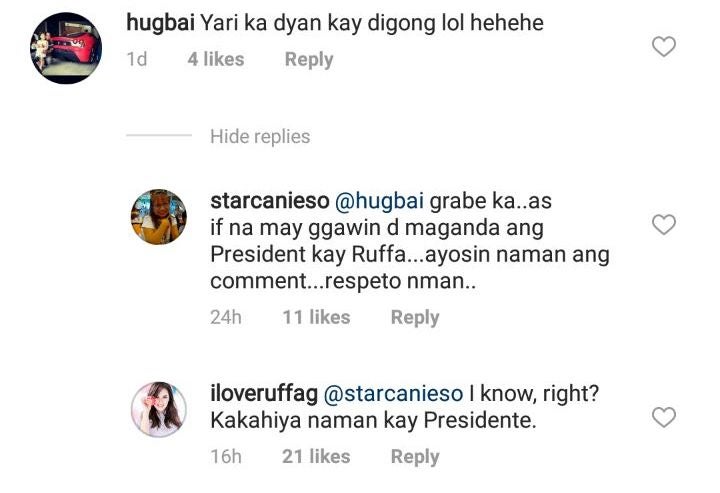 She shared another picture of her, her mom Annabelle Rama and Rama’s brother Dr. Adolfo Rama posing with the President. 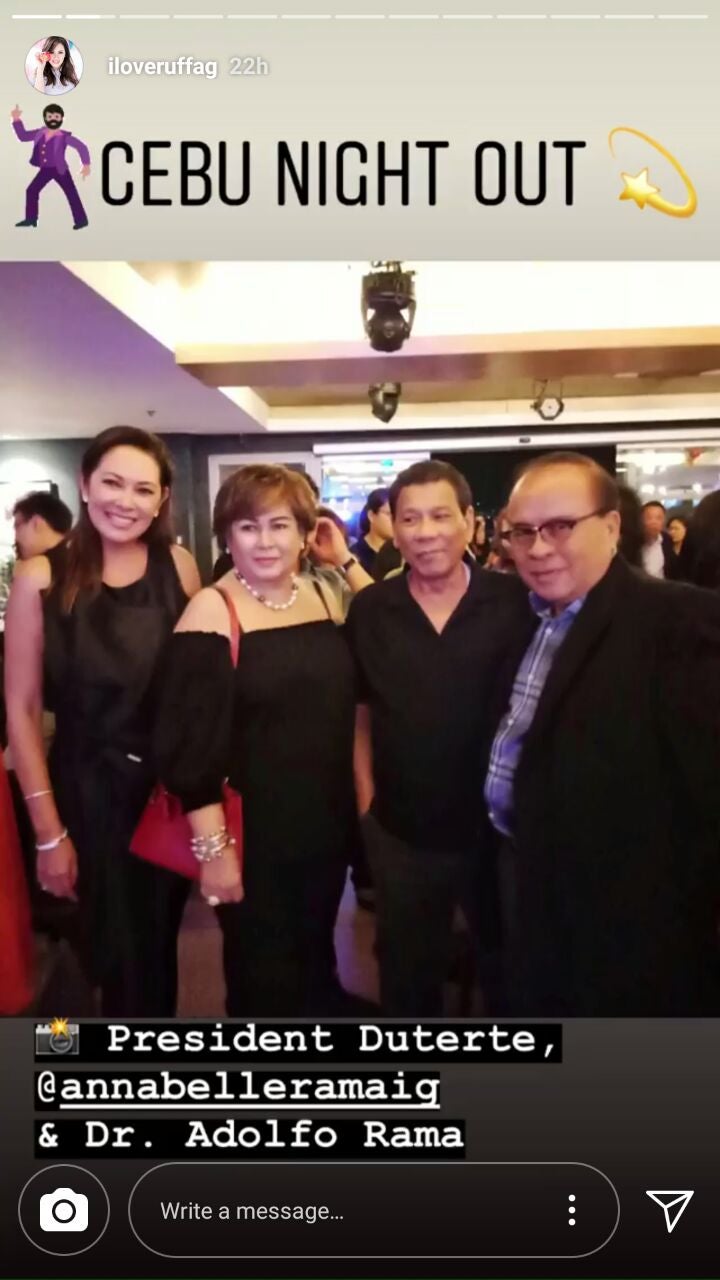 Gutierrez, whose family has political ties in the province, also posted on her Instagram Stories that she met former President and Pampanga representative Gloria Macapagal-Arroyo. 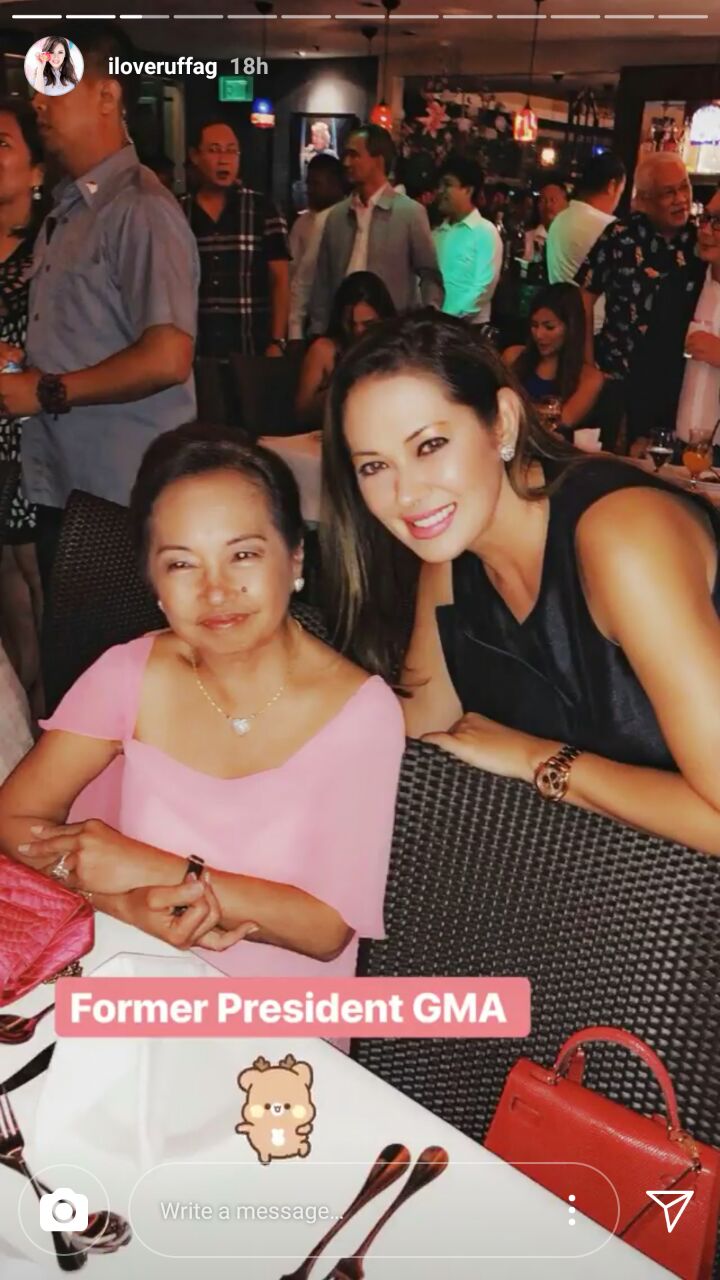 Arroyo was in Mandaue City for an event with the Philippine Roro Operators Association (PROA) and the Visayan Association of Ferryboat and Coastline Service Operators Inc. (VAFCSO).

Talent manager Annabelle Rama ran for Congress in Cebu in 2013, but lost. Rama’s late brother George Rama was Basak San Nicolas barangay captain for over 10 years. Her cousin, Michael “Mike” Rama was Cebu City Mayor from 2010 until 2016, when he was suspended for abuse of authority.

Incidentally, Duterte outed Mike Rama in 2016 as a drug protector. The former mayor denied the links and has insisted on being investigated to prove his innocence.

On the other hand, Annabelle Rama has stayed close to administration allies. Earlier this month, she was seen together with Presidential Communications Operations Office Assistant Secretary Mocha Uson.