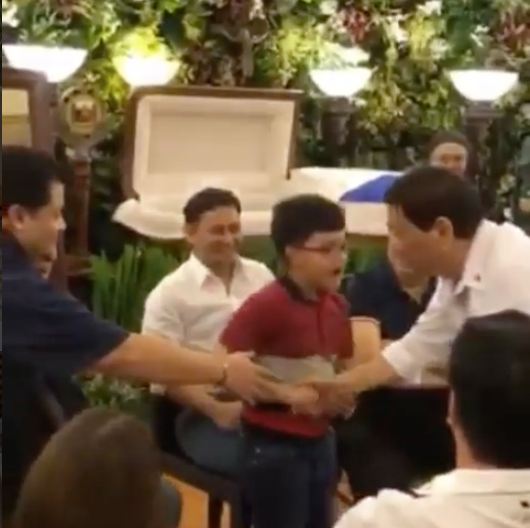 Child star Alonzo Muhlach was a scene stealer at the wake of the late Sen. Edgardo Angara when he shook hands with President Duterte. All the more did he draw applause when he shouted, “I’m pro-Duterte!”

Accompanied by his father, former child star Niño Muhlach, both expressed their condolences to Sen. Juan Edgardo “Sonny” Angara as Alonzo cuts in and greeted the president.

In the photo with him were Sen. Richard Gordon and the president himself. 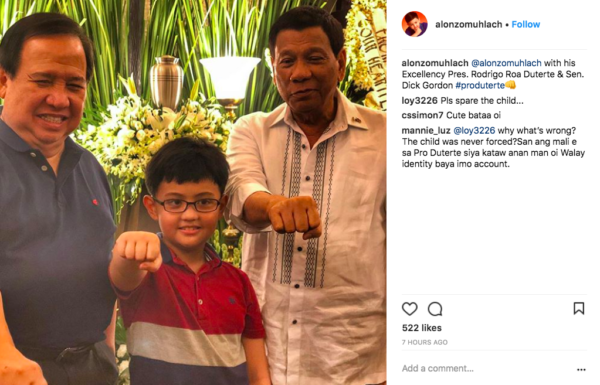 Co-incidentally, the Muhlachs are also into battling grief as their patriarch, Cheng Muhlach had just passed away. The President also paid his last respects to actor Aga Muhlach’s father and the family expressed appreciation over the president’s gesture.

The late senator’s son, incumbent Senator Sonny Angara, has been posting throwback photos of his father back in the latter’s early days in the Senate.

He also posted some photos of his father as he took care of him as a baby and a loving grandfather to his grandchildren.