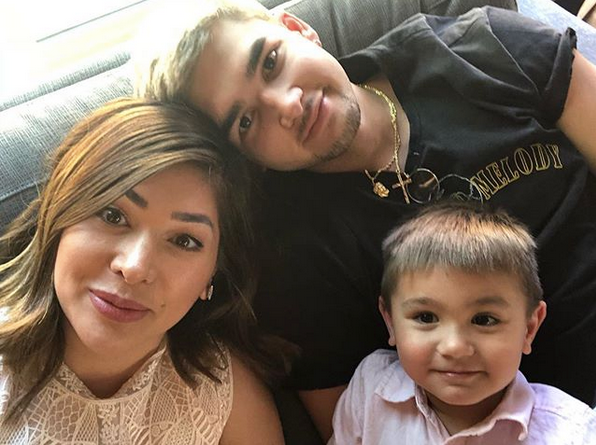 Since reuniting with mom Jackie Forster after over a decade apart, pro basketball player Kobe Paras seems to be on cloud nine.

Paras, 20, has revealed on Instagram Stories how thrilled he was to meet his half-siblings in the United States and has been posting pictures of him and his mother. The mother and son even bonded together watching Bruno Mars in Manila.

For Mother’s Day, he dedicated three Instagram posts to Forster, one of which detailed his happiness to be with his biological mom.

“Happy Mother’s Day to my best friend, twin, shopping buddy, other half, super mom!! I have never felt so complete in my life,” wrote Paras in a post where he shared his mother’s portrait.

“Being able to call you my mother is the best thing ever! I am so grateful that God has blessed me with the best mother in the whole universe.

“I just want to thank you for never giving up on me or kuya, for always fighting for us, and for always praying for our well being,” he said.

Paras praised his mom’s inner and outer beauty: “You have the strongest heart, the most beautiful mind, the most charming personality, and the prettiest frickinnnnn face in the world!!!!

“I will never ever let you go. Ever,” he promised. “You’re my inspiration and my motivation, mama. Happy Mother’s day, ma!”

Paras also shared childhood pictures with his mother, one where he and his mom are swimming in a pool and another with brother Andre.

Forster has actively fought to be with her sons with cager Benjie Paras, 22-year-old Andre and Kobe, even if they have explicitly refused to have a relationship with her in the past.

The two were raised by their father and his wife Lyxen Diomampo, with whom Forster has had a public feud.

In an official statement made via GMA Network, Paras said their father never forced them on decisions regarding their mother and that it was on their own that they decided to distance themselves, then later reconcile with her.

Forster has three children with her second husband and is based in the U.S. She marked Mother’s Day with a picture of herself and individual photos of her five children.

“My journey through motherhood hasn’t been easy. I started at 16 and feel like I’m coming full circle early at 39,” she recounted.

She promised her children unconditional love and added, “You will all be mama’s babies even when the day comes that that I can no longer be by your side.” JB