After years of begging to see her sons and a messy publicized row, former actress Jackie Forster has finally been reunited with eldest children Andre and Kobe Paras.

Andre, 22, and Kobe, 20, are her children with ex-husband Benjie Paras. She was only 15 when they married; the former Philippine Basketball Association (PBA) cager is 10 years her senior.

She and Benjie separated in 2001. The two have since formed families with new partners: Jackie with a foreigner, and Benjie with former preschool teacher Lyxen Diomampo. Both have children with their respective significant others.

In 2013, Jackie made an attempt to reach out to her boys through a YouTube video of their childhood pictures. She claimed that she hadn’t seen them since 2005. Both Andre and Kobe, then into adulthood, said they didn’t care about their biological mother and that they were happy with their stepmom.

Jackie has persisted in airing her side and has been fearless in unearthing her marital woes, stating that she was “miserable” with Benjie in 2015 Instagram posts. She said she was reaching out to her sons through public social media posts because other avenues were to no avail.

In a 2015 talk-show guesting at “Aquino & Abunda Tonight,” she relented, “I think it’s time to let go… but I will never stop loving them.”

But her latest social media updates indicate that she never gave up on seeing her boys to whom she dedicated the hashtag #imissandloveyouAndreandKobe.

A picture of the three in Manila shows the two towering men with their arms wrapped around their mom’s shoulders. 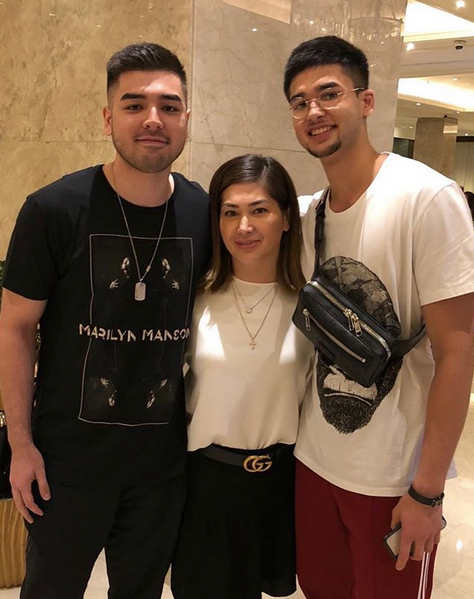 “When you have little pieces of you walking around on earth, all you can do that makes the biggest difference is to pray for them,” Jackie mused.

She also made a request to the public: “I ask for everyone to please respect their privacy now, we have shared so much of our personal lives with everyone and we want to take this time to heal and bond.”

Kobe expressed his sentiments on the comment section with an emphatic “I love you Ma,” with a hug and kiss emojis.

It seems that even before Jackie announced her reunion, Kobe had already seen his mom in California where he was previously based to pursue a basketball career.

Jackie posted a picture of Kobe with her three children from her second marriage, stating that it was taken in the middle of February this year.

On his Instagram Stories, Kobe shared the love for his mom and half-siblings. In a candid picture of him and Jackie speaking to each other, he wrote, “I got it from my momma.” 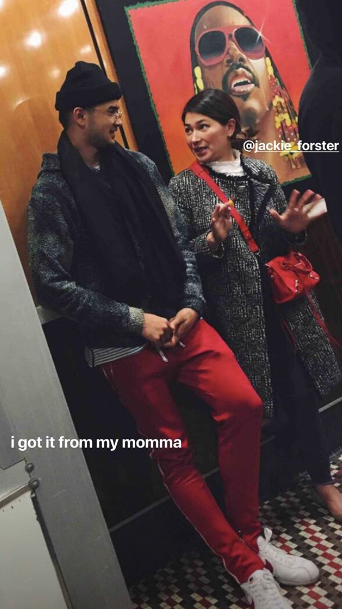 He also shared a picture of them both from his childhood, and then one of him and his younger siblings. 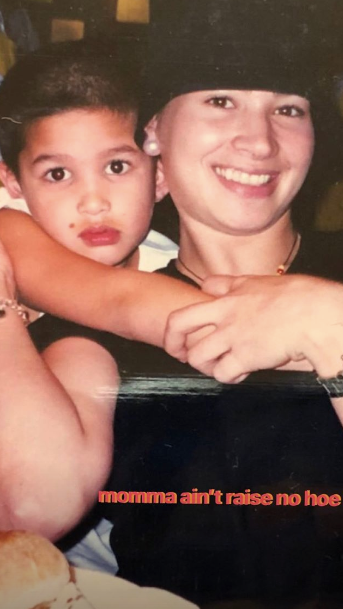 In a picture of clear blue skies with vast rays of sun shining through, he wrote, “The best things in life are the most unexpected ones.” 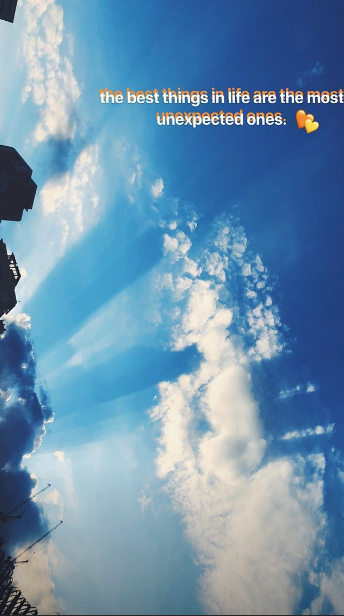 Though he didn’t say what situation he was pertaining to, it’s certainly applicable to their reunion that had been long in the making.  /ra