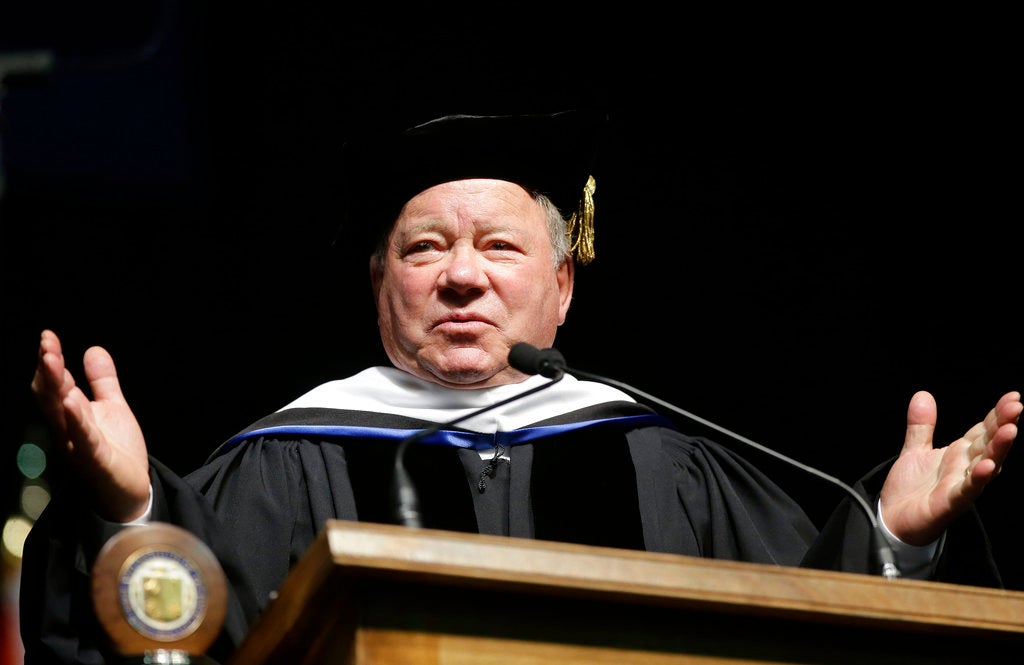 PROVIDENCE, R.I. (AP) — William Shatner has boldly gone where he has never gone before: the graduation ceremony at the New England Institute of Technology.

The 87-year-old actor best known for his portrayal of Capt. James T. Kirk on the original “Star Trek” TV series delivered the commencement address at the school in East Greenwich, Rhode Island, on Sunday and received an honorary Doctor of Humane letters from the college.

Graduating student Troy Gaston, 24, of Old Lyme, Connecticut, said Shatner talked about how “developments in technology are being accomplished by students just like us.” Gaston continued, “It actually made me want to think about being an engineer, to be honest.”

Gaston graduated with an Associate’s Degree in Advanced Automotive Technology and High Performance and plans to work toward bachelor’s and master’s degrees in engineering. “I want to make an honest contribution to the world,” Gaston said, explaining that he was “inspired,” by Shatner.

Shatner also starred in the TV show “T.J. Hooker” and won Emmys and a Golden Globe for his work in “The Practice” and “Boston Legal.”

The ceremony took place at the Dunkin’ Donuts Center in Providence.

Nearly 1,200 students received degrees. The school said many graduates are the first in their family to attend college. NVG