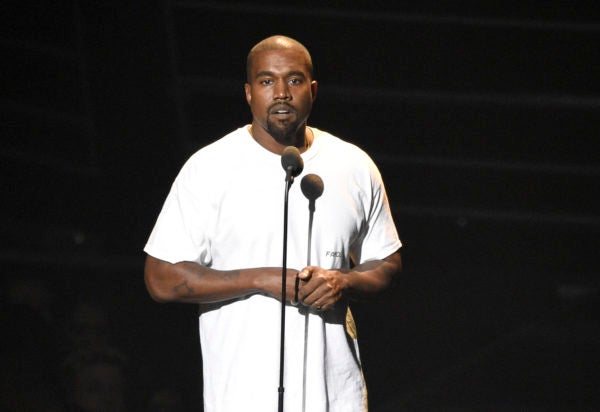 In this Aug. 28, 2016 file photo, Kanye West speaks at the MTV Video Music Awards in New York. Looking to back up his deeply dubious declaration that slavery was a “choice,” Kanye West tweeted a Harriet Tubman quote that was flat-out false. Image: Invision, Chris Pizzello via AP

LOS ANGELES (AP) — Looking to back up his deeply dubious declaration this week that slavery was a “choice,” Kanye West tweeted a Harriet Tubman quote that was flat-out false.

It was the latest in a long series of bold-but-baseless statements from West that includes the claim, in lyrics and interviews a dozen years ago, that AIDS is a man-made disease deliberately planted in Africa.

If West has become the crown prince of celebrity wrongheadedness, he’s far from alone. He leads a legion of similar stars who spread myths and misinformation daily. And while much of it is goofy and laughable, experts say the phenomenon can be pernicious in its effects.

— Roseanne Barr’s Twitter feed has included retweets of baseless claims that millions of illegal votes were cast in November’s presidential elections, and mentions of “pizzagate,” the conspiracy theory that prominent Democrats are operating a child sex ring in the basement of a pizzeria.

— Boston Celtics star Kyrie Irving says the Earth is flat, urging people to do their own research. Some of his fellow NBA players, and rapper B.o.B., have said they feel the same.

— Terrence Howard doesn’t buy that one times one equals one. “How can it equal one?” he told Rolling Stone, adding that “you can’t conform when you know innately that something is wrong.”

The list would be endless if it included health and wellness, probably the topic stars spout the most misinformation about, from stars like William Shatner, Rob Schneider and Jenny McCarthy promoting misinformation about vaccines to Gwyneth Paltrow’s pushing products like a jade egg meant to be inserted in the vagina for better health.

There is no reason to believe the average celebrity believes sillier things than the average person, experts said, but the platform fame provides mixed with easy access to media and some Kanye-style confidence can turn them into unique vectors for falsehoods, especially with social-media algorithms that favor them.

“They tend to be people who get a lot of engagement, people who bump them up,” Emily Vraga, a professor at George Mason University who studies media and misinformation, told The Associated Press.

And celebrities tend to have many followers who amplify the effect.

It doesn’t even entirely matter that everyone knows a star is no expert on a subject.

Sometimes the falsehoods are reflective of what a famous person’s followers already believe.

Blair LM Kelley, associate professor at North Carolina State University, wrote in a widely shared reaction to West’s statements on Twitter that “a milder version of the ‘slavery is a choice’ argument is made by uninformed people all the time. I’ve had young men in my courses say ‘they never would have enslaved me.'”

If it all brings to mind the old quote about a lie getting halfway around the world before the truth can get its pants on, be careful. There’s no evidence that Mark Twain, or Winston Churchill, or many of the other famous figures it’s attributed to, ever said it. CC