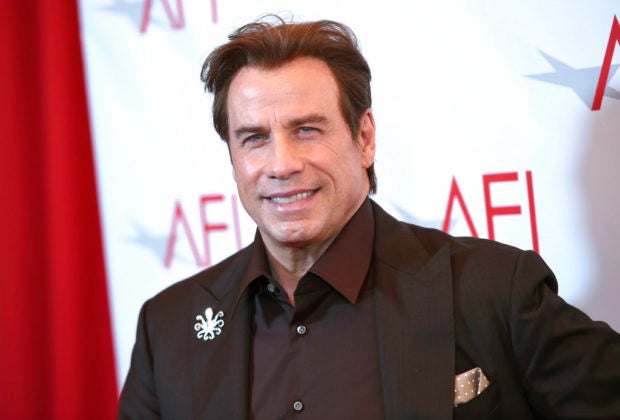 FILE – In this Jan. 6, 2017 file photo, John Travolta arrives at the AFI Awards at the Four Seasons Hotel on in Los Angeles. Travolta will be the recipient of Variety’s inaugural Cinema Icon Award on May 15, 2018, at the Cannes Film Festival. (Photo by Chris Pizzello/Invision/AP, File)

LOS ANGELES — For John Travolta, “icon” will be the word at the Cannes Film Festival.

Trade publication Variety said Friday that Travolta will receive its inaugural Cinema Icon Award at this month’s festival in France.

Steven Gaydos, Variety vice president and executive editor, said in a statement that Travolta’s long career, popularity and honors “splendidly qualify” him for the recognition.

Travolta received an Oscar nomination for his star-making turn in 1977’s “Saturday Night Fever” and another for 1994’s “Pulp Fiction.”

“Grease,” released in 1978 and starring Travolta and Olivia Newton-John, is among the biggest movie musical hits ever.

Travolta will receive the Cinema Icon Award on May 15, following the premiere at Cannes of his new film, “Gotti.”
Pitbull, who composed the film’s score, will perform at the award event. MKH