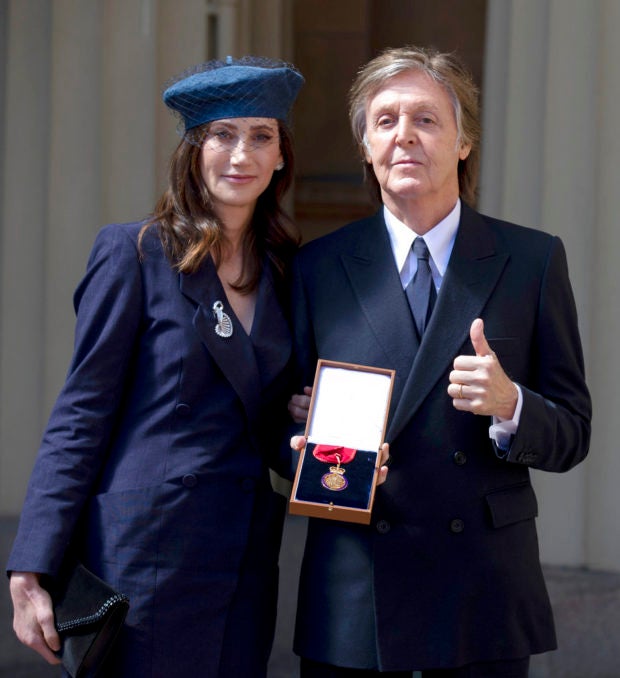 Paul McCartney and his wife Nancy Shevell pose for the media following an Investiture ceremony at Buckingham Palace, London, Friday May 4, 2018, where he was made a Companion of Honour. (Steve Parsons/Pool via AP)

LONDON  — Paul McCartney paid tribute to his parents after a ceremony making him a Companion of Honor at Buckingham Palace.

The former Beatle was joined by wife Nancy Shevell at the Friday ceremony on a sparkling spring day.

He said in a written statement that he saw the award “as a huge honor for me and my family and I think of how proud my Liverpool mum and dad would have been to see this.”

The 75-year-old songwriter, bass player and singer received a knighthood 21 years ago. Before this,

Bandmate Ringo Starr, the Beatles’ drummer, was made a knight earlier this year.

The other two Beatles, John Lennon and George Harrison, have both died.

The Liverpool band shot to worldwide fame in the early 1960s. The Beatles received their  Member of the Most Excellent Order of the British Empire (MBE) medals back in 1965. MKH