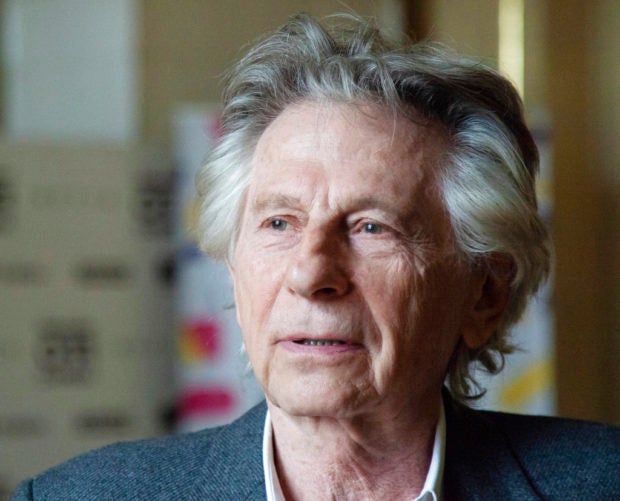 In this May 2, 2018 photo director Roman Polanski appears at an international film festival, where he promoted his latest film, “Based on a True Story,” in Krakow, Poland. Polanski was expelled this week from membership in the Academy of Motion Picture Arts and Sciences, which organizers the Oscars, for unlawful sex with a minor 41 years ago. (AP Photo)

LOS ANGELES — Until Thursday, Roman Polanski had been a film academy member for over 40 years since pleading guilty to unlawful sex with a minor in 1977. In his 40 years as a fugitive the “Chinatown” and “Rosemary’s Baby” filmmaker had been nominated for three additional Oscars, one for “Tess” and two for “The Pianist”.

He won an Academy Award for directing “The Pianist” in 2003 to thunderous applause. He continued attracting A-list talent for his films, A-list support for his freedom and had become a contradictory and uncomfortable symbol of an industry that seemed to pick and choose where to bestow its moral outrage.

It’s an incongruity that became untenable when the film academy expelled Harvey Weinstein from its ranks in October, made statements about standards of decency among its members and adopted a revised code of conduct, which would allow the organization to suspend or expel members who violate that code or “compromise the integrity” of the academy.

And almost seven months after Weinstein got the boot, the film industry’s most prestigious organization, the Academy of Motion Picture Arts and Sciences, closed the door on the 84-year-old Polanski too, announcing that it had revoked his nearly 50-year membership, along with Bill Cosby’s.

Polanski’s attorney, Harlan Braun, said the director was “blindsided” by the decision.

Fifteen years ago, the audience at the 2003 Oscars gave an absent Polanski a hearty standing ovation upon his win, Weinstein, Martin Scorsese and Meryl Streep among them. Nine years ago, when Polanski was arrested in Zurich and U.S. authorities attempted to extradite him, over 100 celebrities signed a petition for his release, including Woody Allen, Weinstein, Scorsese, Steven Soderberg, Darren Aronofsky, Natalie Portman, David Lynch, Penelope Cruz and Tilda Swinton.

There were outliers, of course. Filmmaker Kevin Smith famously tweeted, “Look, I dig ‘Rosemary’s Baby,’ but rape’s rape. Do the crime, do the time.” And author Kate Harding made waves with a Salon column questioning the outpouring of support from celebrities and various members of the media to exonerate him.

“Roman Polanski may be a great director, an old man, a husband, a father, a friend to many powerful people, and even the target of some questionable legal shenanigans. He may very well be no threat to society at this point. He may even be a good person on balance, whatever that means,” Harding wrote. “But none of that changes the basic, undisputed fact: Roman Polanski raped a child. And rushing past that point to focus on the reasons why we should forgive him, pity him, respect him, admire him, support him, whatever, is absolutely twisted.”

In 2010, he made a film, “The Ghost Writer,” with Ewan McGregor and Pierce Brosnan, and in 2011, “Carnage” with Kate Winslet, Jodie Foster, Christoph Waltz and John C. Reilly, and more recently a few French productions, both of which screened at the Cannes Film Festival — one as recently as last year.

With the rise of #MeToo and Time’s Up and the rush of many to distance themselves from accused men, from Weinstein to Allen, Polanski has remained somewhat of an outlier that the entertainment industry had seemingly not yet tried to reconcile publicly.

Portman recently told BuzzFeed that she regretted signing the petition for Polanski.

“We lived in a different world, and that doesn’t excuse anything. But you can have your eyes opened and completely change the way you want to live,” Portman said. “My eyes were not open.”

But few others have weighed in. Winslet in December told the New York Times that she had an “extraordinary experience” working with both Allen and Polanski. And Thursday, celebrity twitter was quiet too.

Why the film academy is just now, 41 years after Polanski’s guilty plea, seven months after Weinstein and five months after the code of conduct was implemented, addressing Polanski, is a question that has yet to be answered.

That it came as a joint expulsion with Cosby, who was convicted last week of sexual assault in Pennsylvania, is perhaps telling, but also continues to raise questions about other members who have faced misconduct allegations in the past, like Mel Gibson, or in recent months like Kevin Spacey, Brett Ratner, John Lasseter and Paul Haggis.

Braun accused the academy of violating its own rules to expel Polanski. He said he had heard rumblings an expulsion was being considered, but expected to be able to present arguments to the board before any decision was made. The attorney said he and Polanski’s agent will ask the academy to reconsider its decision, and give the director a hearing and his “due process.”

The academy’s rules grant its board the ability to suspend or expel any member “for cause,” provided at least two-thirds of the 55-member board of governors approves the disciplinary action.

Polanski has been back in his Polish homeland this week promoting his latest film, “Based on a True Story,” at a film festival in Krakow. But on Friday morning organizers said the director had left already and would not be available to comment.

The organization that puts on the Oscars continues to wade into wholly unprecedented territory in this new moment in society. Before Weinstein, only one other member had been expelled for loaning out DVD screeners of films in contention for the Oscars.

With Thursday’s announcement, however, the organization made a bold indication as to what the future might hold. Even a man who is widely considered one of the greatest living directors, a five-time Oscars nominee, one-time winner and one whose past so many in the organization turned a blind-eye to for so many years, is now no longer a protected class. MKH