LOOK: Julia Barretto basks in calmness after the ‘storm’ 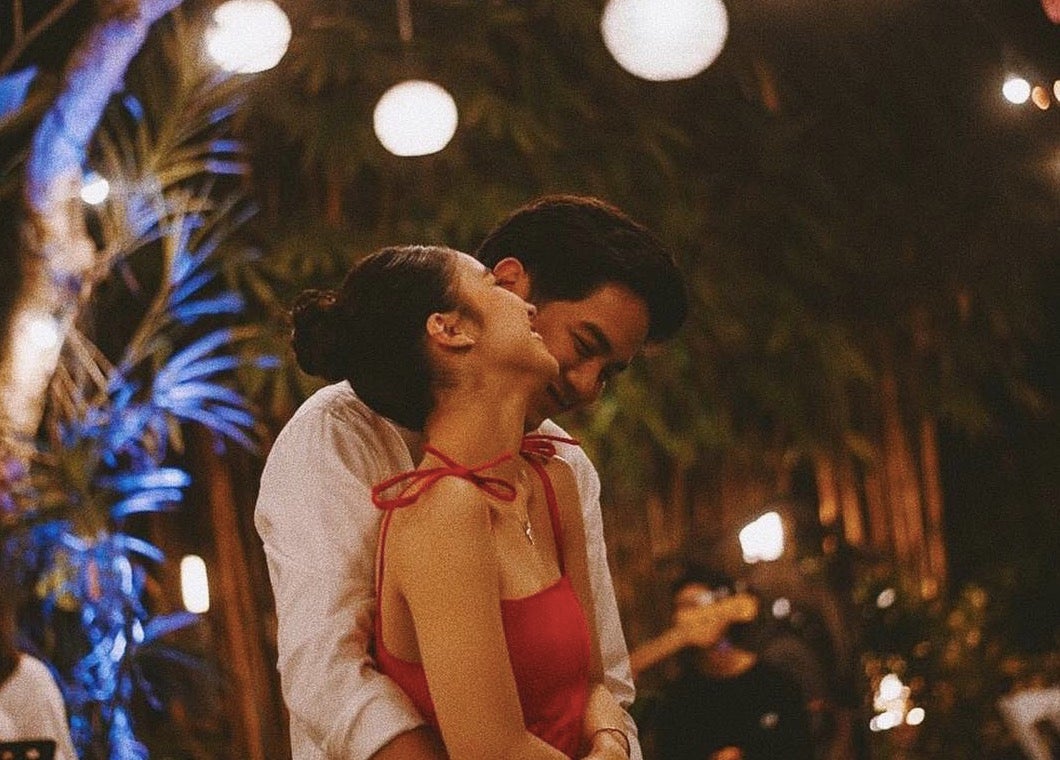 Julia Barretto is experiencing solace, now that the recent “storm” in her life has passed.

An Instagram post dated May 1 showed a photo of Barretto and Joshua Garcia happily cuddling under the lights. Barretto wrote on the caption, “After a storm comes a calm.” As of this writing the post has received over 400,000 likes. 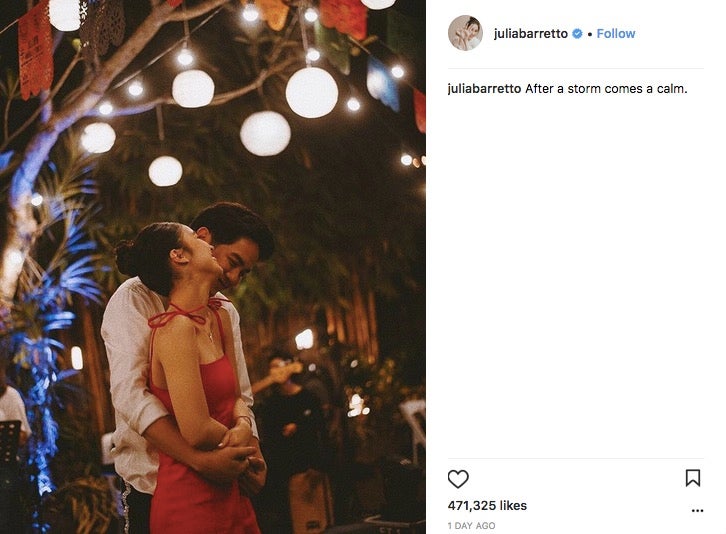 The photo appears to have been taken back in March during Barretto’s birthday celebration. A Mar. 10 birthday greeting post by Garcia showed the couple wearing the same clothes while sitting together. The actor was hugging Barretto from behind while resting his chin on her shoulder.

Until recently, Barretto and Garcia were involved in a love spat involving a female fan on Instagram. Garcia later explained in an interview on the talk show “Tonight with Boy Abunda” how he made a mistake and had been making amends.

During the commotion Barretto’s father, Dennis Padilla, continued to offer support for the couple. He said in an interview with StarsPhotog Vidz that Barretto and Garcia are old enough to fix their own problems without him getting involved.

Barretto admitted that Garcia still had to make an effort to regain her trust. On the other hand, the actress asked JoshLia fans and bashers to move on from the issue as she and Garcia have already talked it over.  /ra