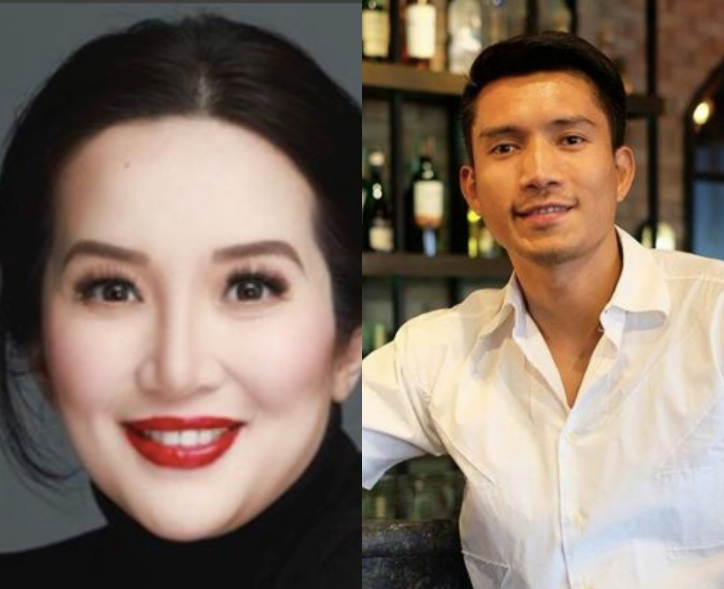 Kris Aquino did not back down as she blasted her ex-husband James Yap once again.

After the basketball superstar posted his birthday message to his newly turned 11-year-old boy, Aquino did not hide how irate she was and told him, “Ngayon patas na tayo, hindi na ko pwedeng ma-accuse ng power tripping (Now we’re even, you can’t accuse me of power-tripping)” in a new Instagram entry posted hours ago.

In a photo montage of various messages and her personal photos with Bimby, the Queen of All Media said she had been quiet for so long, even when he “crossed the line” when he said “nakakawalang ganang mag effort na magpaka tatay kay Bimb kasi hindi naman appreciated” in a Philippine Entertainment Portal interview back in August.

(Give me a break… flashback 2013 – you were trying hard to cry (I say trying hard because there were no tears, only mucus) in your interview in “TV Patrol” because I “took” Bimb away from you.)  (Oh yeah, of course you were tending to him five years ago — because his uncle was still in Malacañang.)

She also raised an instance wherein Yap made an “excuse” of not paying half of Bimby’s school tuition, in which he said he was not consulted that the youngster would be transferred. Aquino went on to say that the only time Yap paid his half was after they signed their compromise child support in 2014, which she said “gave [Yap] millions.”

And when the issue of Bimby being tagged as “baklain” by broadcaster Jay Sonza, the ever-protective mom revealed that her son once said: “Mom- who cares? My own biological dad said that about me in court & he’s said it so many other times?”

(I still stayed quiet because I felt you did not bother us, we were peaceful… But you took a hit with your birthday post.) (So why aren’t we seeing each other? It’s this simple—you don’t care about Bimb.)

She also posed this question directly pointing at her ex:  “Wala na kasi kaming ‘power’ so bakit ka pa didikit (We don’t have any “power” anymore so why would you still associate with us)?”

“You are missing out on experiencing what a caring, generous, polite & lovable boy Bimb is- and it is your LOSS,” she shot. She ended her post saying that she was ready to be bashed “for washing our dirty laundry.” Before ending, she made sure that she was a mother who “has had it w/ half truths & hypocrisy & she needed to make a stand for truth.”

Yap, who is currently expecting his second child with Italian girlfriend Michela Cazzola, has not reacted to her post as of this writing.  /ra