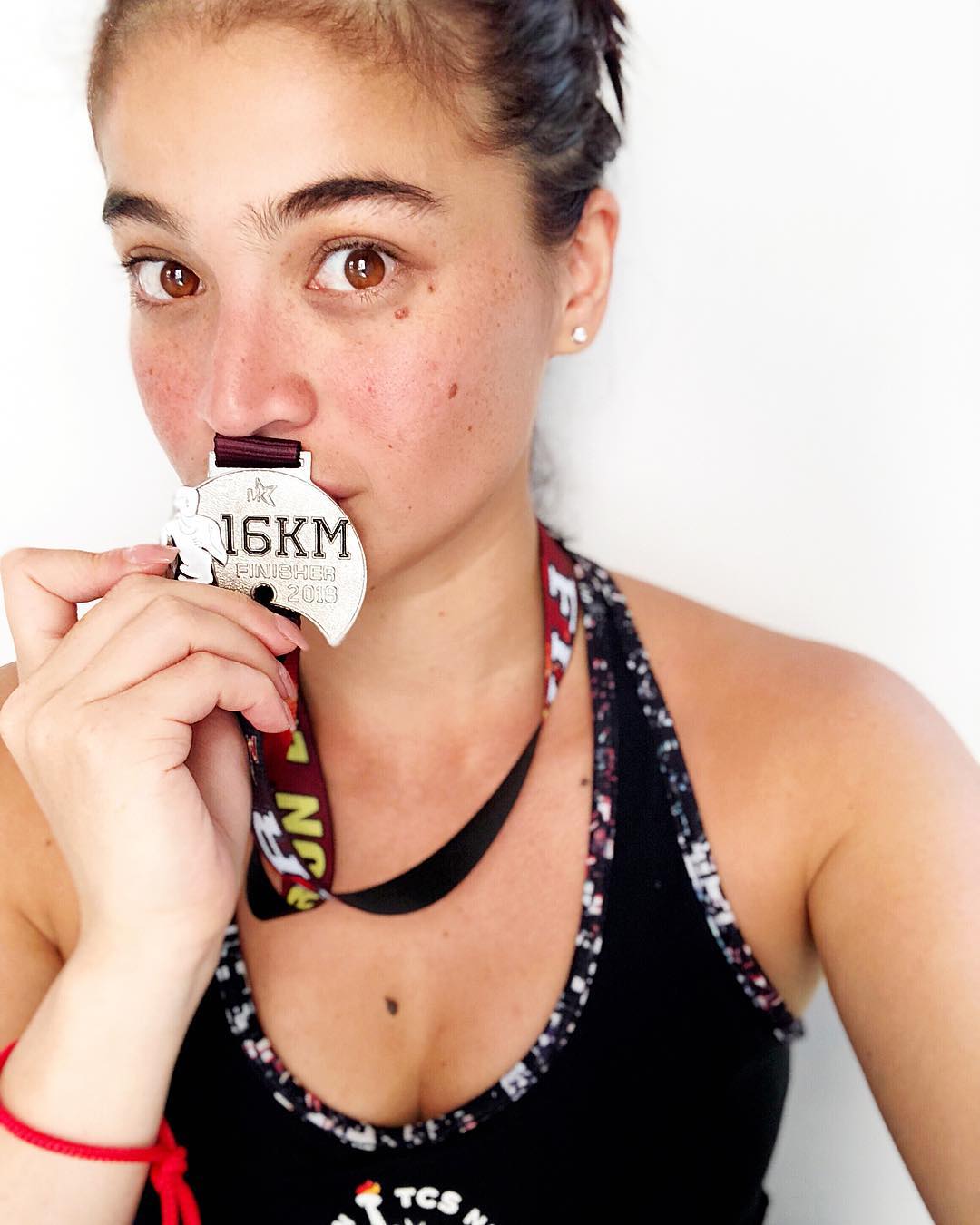 Anne Curtis feels excited about going to London in the United Kingdom for a marathon next week, where she will run a 42-kilometer course.

Curtis posted an “annoying selfie and nervous face” on Instagram on April 15 as a way to vent her excitement in joining the annual Virgin Money London Marathon on April 22. She’ll be running 42 kilometers which would also see her striding along the River Thames.

“This day next week I’ll be running 42km at the London Marathon! Nervous but soooooooo excited!!!! Kakayanin ko to (I can do this)! All for the Filipino Youth,” wrote Curtis. 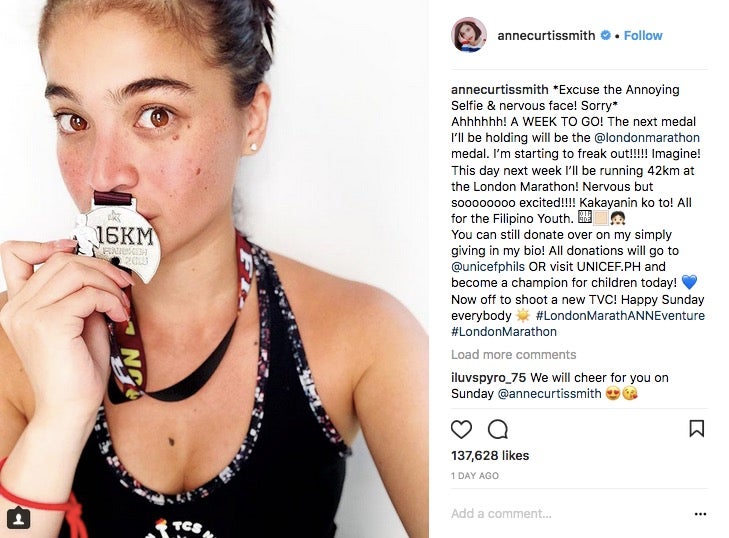 The actress will run the marathon for charity in support of the Filipino youth. Donations can be made via Unicef.ph, according to her post.

Curtis has been training for the marathon in the past few weeks with occasional updates on her IG account. In a post on April 3, she wrote about having completed 34.7 kilometers.

The London Marathon started in 1981 and has been held in the U.K. capital each spring since. Financial services company Virgin Money became the marathon’s sponsor in 2010. JB