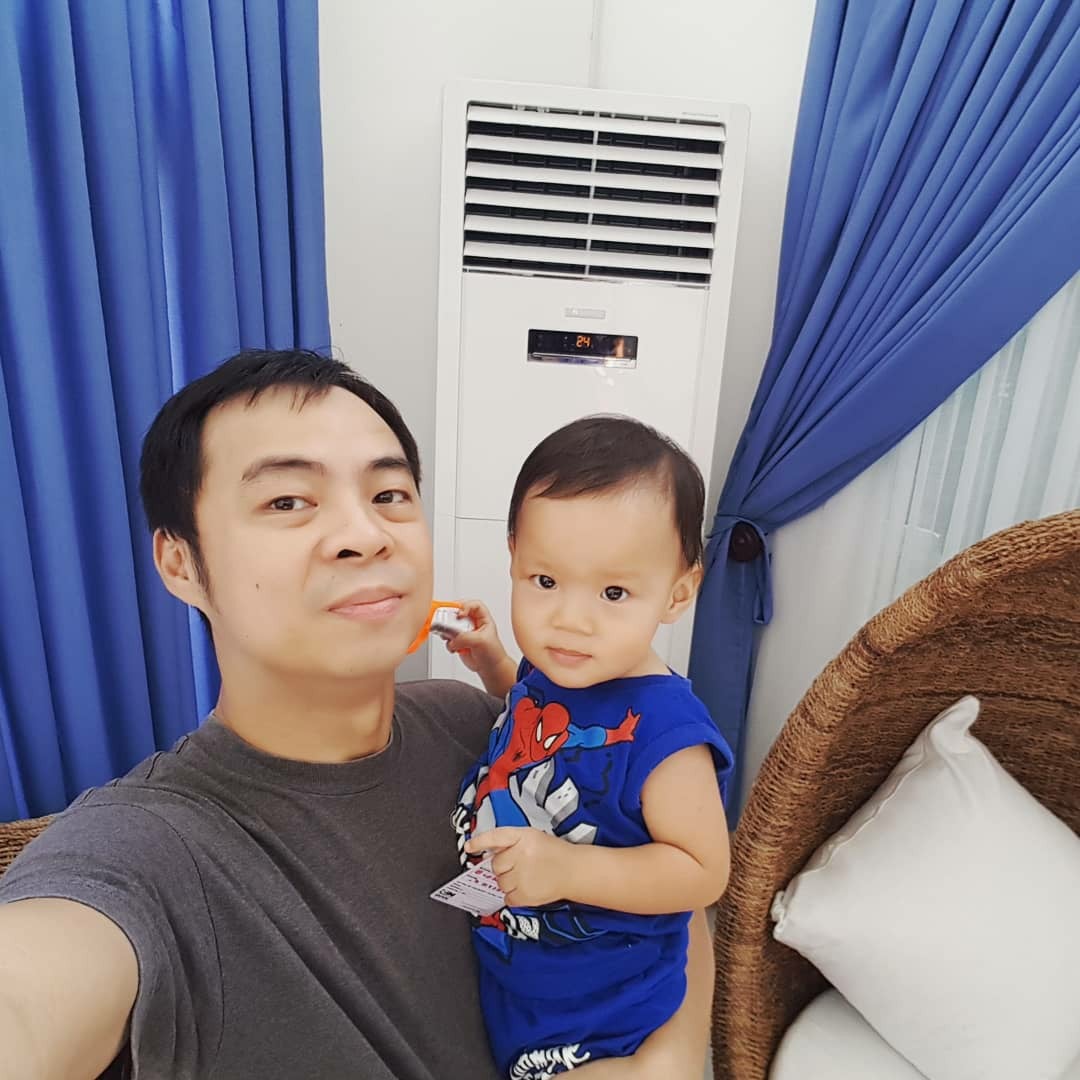 Parokya ni Edgar frontman Chito Miranda revealed why he quit smoking, and his reasons resonated with his fans.

Miranda uploaded an old photo of himself on his Facebook page yesterday, April 15. In the photo, he is singing on stage while smoking. He wrote, “Nag-yoyosi pala ako dati hahaha!” (It seems I am smoking in this photo hahaha!) 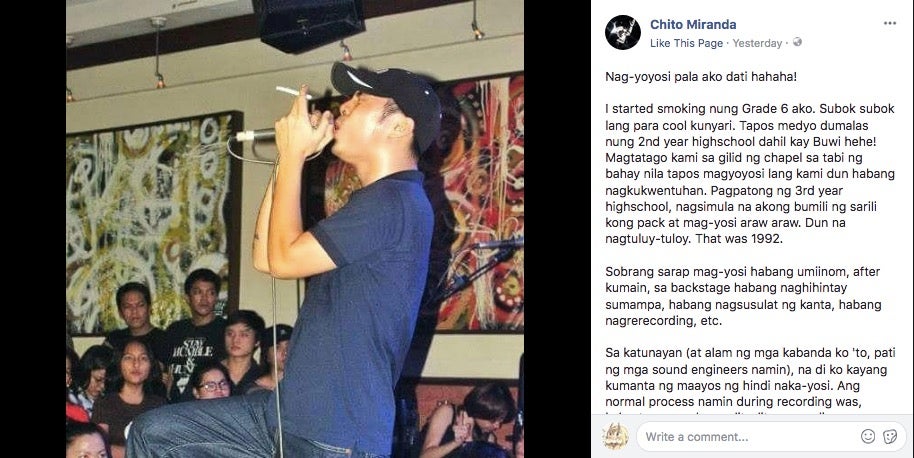 (I completely stopped smoking when Neri was pregnant because I didn’t want our baby to be contaminated. When Miggy was born, I decided to live as healthy as possible, because I want to be able to take care of my family to the fullest, until I grow old.)

Miranda also cited his love for creating music as one of the reasons he wanted to start moving away from smoking.

(4 years ago, I decided to cut down because I realized that even though I enjoyed smoking, I enjoyed making music more, so I thought about taking better care of myself, and more importantly my throat.)

Miranda started smoking when he was in grade six, he recounted. At first, it was just for the purpose of looking cool, until it developed into a need. He recalled smoking before every gig and while singing because it helped smooth out his voice. He later found a way to sing without needing a puff of smoke beforehand.

(Eventually I got used to it, and there you have it, my voice still sounds ugly. Anyway, nobody seems to notice hahaha!)

Miranda offered a piece of advice to smokers who want to quit the habit: “You simply need to be stronger than your cravings, and remind yourself why nag-quit ka (you quitted) in the first place.”

The rockstar has been singing with the Parokya ni Edgar band since 1993. They have released nine studio albums, the latest being “Pogi Years Old” in 2016. JB