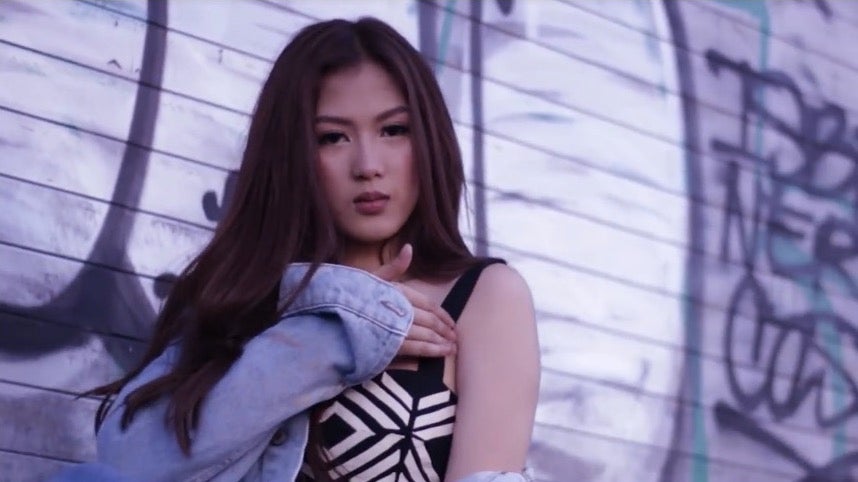 A spoof music video by Alex Gonzaga featuring music by Ariana Grande has been reported to Facebook for alleged copyright infringement.

Gonzaga shared a screengrab of the Facebook notice on Twitter and Instagram Stories informing her that the music video was reported by a concerned party. She wrote, “Nadatnan na tayo ng kalaban sa fb!! LOL @arianagrande Ang hirap mo pakiusapan ate girl (The enemy has caught up with us on fb!! LOL @arianagrande It’s so hard to make a request of you)!!!” 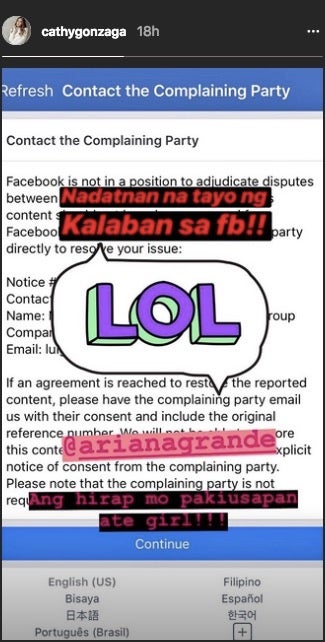 Netizen Ange (@anjellycaaa_) replied to Gonzaga’s tweet with a screengrab of the video post on FB before it was taken down. According to the screengrab Gonzaga’s video reached 2 million views since its posting on April 7. 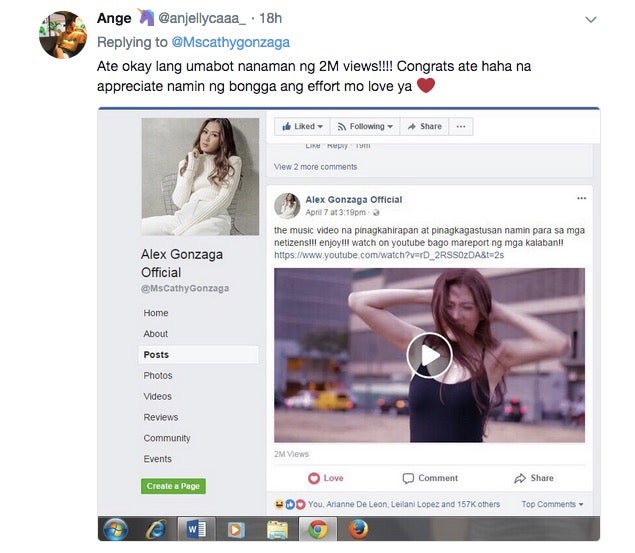 While FB has temporarily taken the video off Gonzaga’s timeline pending a resolution of the reported complaint, it is still available for viewing on her YouTube channel. At the start of the video a disclaimer flashes which reads, “Panawagan kay Ariana Grande. The music that we used in this video is yours not mine. We know it. Atl east there’s the admission so please don’t report this. This is for old time’s sake, Remember we used to play piko? So please Youtube and Ariana people don’t delete this video. It’s for fun only.”

Alex Gonzaga responds to criticisms over out of town trip, BF’s indecent gesture