Has Cameron Diaz retired from Hollywood? 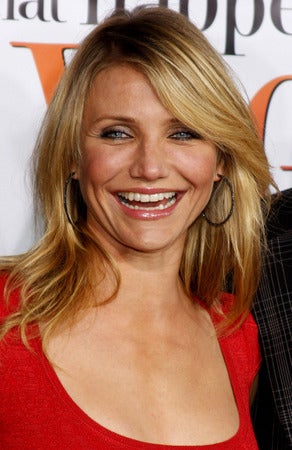 If you feel like you’ve missed Cameron Diaz from movies lately, it’s no accident: it appears that the actress has retired from acting based on recent statements.

The 45-year-old actress was last on the silver screen in 2014 for “Annie” opposite Jamie Foxx, but she has since been absent from Hollywood blockbusters.

In an Entertainment Weekly interview last March with “The Sweetest Thing” co-stars Selma Blair and Christina Applegate, Diaz described herself as “semi-retired” and “retired.”

The three women discussed reuniting, to which Diaz said, “Maybe I should, you know, I mean, I’m down. I’m literally doing nothing.”

After Applegate described herself as “semi-retired,” Diaz added, “I’m semi-retired, too, and I am actually retired, so I would love to see you ladies.”

They also joked around on doing a reboot, with Diaz saying, “I’d do it.”

Earlier in March, Blair said in a The Metro interview that her former co-star was retired. “We were reminiscing about the film [‘The Sweetest Thing’]. I would have liked to do a sequel, but Cameron’s retired from acting. She’s like, ‘I’m done.’”

“I mean she doesn’t need to make any more films. She has a pretty great life, I don’t know what it would take to bring her back. She’s happy,” Blair explained.

Whether or not Diaz is “actually retired,” her radiant presence onscreen is certainly missed. The blonde beauty is known for her comic timing, making her break in “The Mask” with Jim Carrey. She starred in hit movies such as “There’s Something about Mary” and “Charlie’s Angels.” She has been married to Good Charlotte musician Benji Madden since 2015.  Niña V. Guno /ra