Shows returning to US TV next season 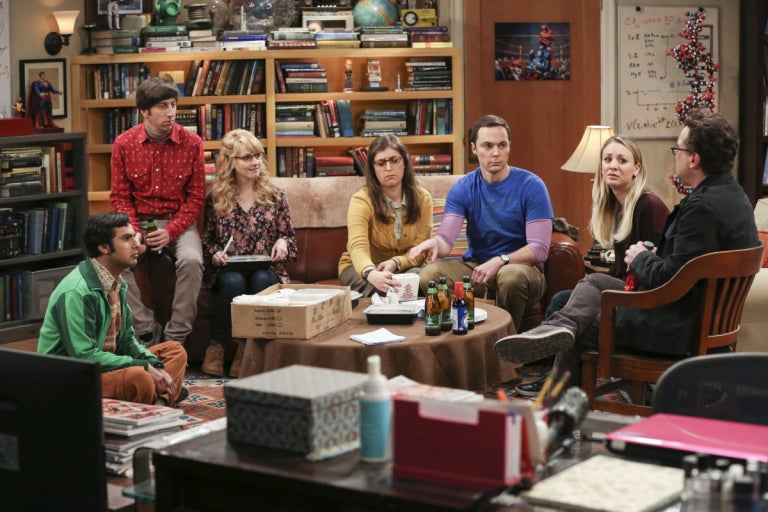 “The Big Bang Theory” has been renewed for a 12th season. Image: Warner Bros. Television via AFP Relaxnews

From “Grey’s Anatomy” to “The Big Bang Theory” plus new shows like “S.W.A.T.” and “SEAL Team”, here’s a roundup of the United States TV shows that have already secured a place on next season’s schedule.

ABC
The American network has been quick to renew its new show “The Good Doctor” with Freddie Highmore, the first season of which scored an average 9.8 million viewers. The new show joins “Modern Family” and “The Goldbergs”, which have also secured places on next season’s schedule. Hit show “Grey’s Anatomy” is likely to be renewed soon because its main star, Ellen Pompeo, has signed for two more seasons, averaging $20 million per season. There’s no word yet on whether its spin-off, “Station 19”, which has just started screening, will return for a second season. Annalise Keating, played onscreen by Oscar-winning actress Viola Davis, is also likely to return for a fifth season of “Murder”, along with “Black-ish” and “American Housewife”.

CBS
The network has already confirmed that “The Big Bang Theory” has been renewed for a 12th season and that a second season of the show’s “Young Sheldon” spin-off is on order. David Boreanaz scores a hit with “SEAL Team”, which tops the network’s new drama shows with 10.23 million viewers. “S.W.A.T.” starring Shemar Moore, comes second with 9.8 million viewers, enough to secure a second season. The various “NCIS” shows are almost certain to return to the small screen next season since they’re among CBS’s most-watched shows.

Fox
Fox has the largest number of series already renewed for next season. Ryan Murphy’s “9-1-1”, Seth MacFarlane’s “The Orville”, the X-Men-inspired “The Gifted”, “The Simpsons”, “Family Guy” and “Bob’s Burgers” are already sure to return. Hip-hop hit “Empire” is expected to return for a fifth season, although this is yet to be confirmed.

NBC
The network is set to ride high on the success of this year’s hit show “This Is Us” next season, as well as comedies “Will & Grace”, “Superstore” and “The Good Place” with Kristen Bell. It’s still too early to for news on new series “Good Girls” and “Rise” although these have so far been relatively well received by audiences.

CW
The network is yet to confirm the future of shows “Flash”, “Arrow”, “Supergirl”, “Legends of Tomorrow”, “Supernatural”, “Riverdale” and “Jane the Virgin”. CW has, however, ordered a large number of pilots for the 2018-2019 season.

U.S. TV networks will reveal their final choices in May at the Upfronts, a week of media conferences during which networks preview their upcoming fall series. JB