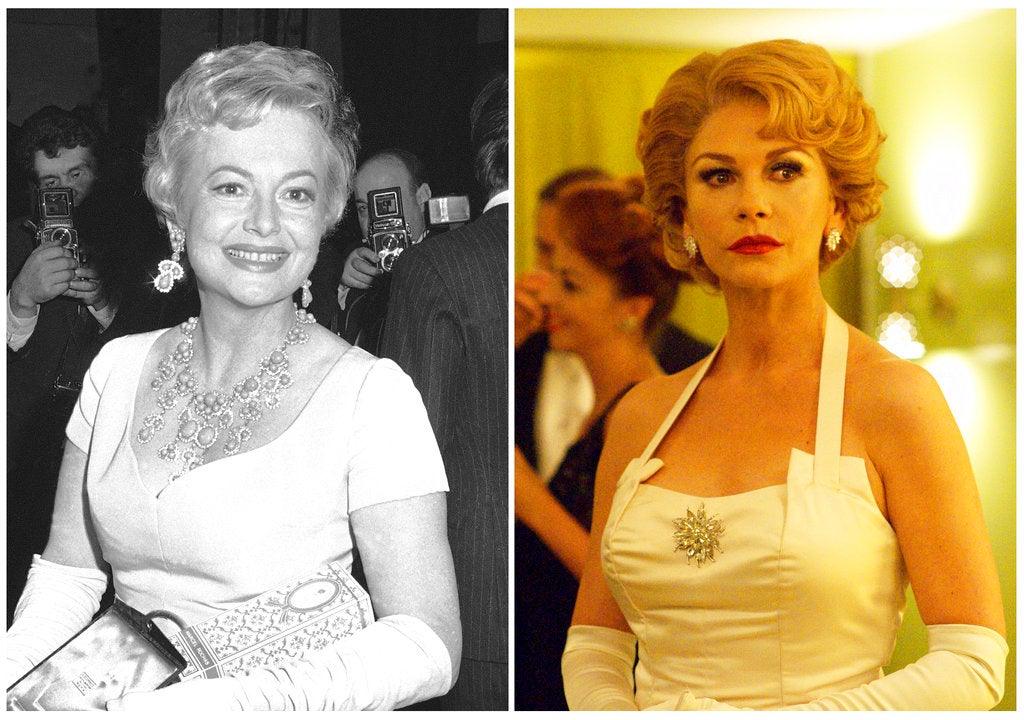 In this combination photo, actress Olivia de Havilland appears in Rome on Oct. 4, 1968, left, and actress Catherine Zeta-Jones portrays de Havilland in a scene from the FX series, “Feud: Betty and Joan.” A California appeals court has thrown out a lawsuit by 101-year-old actress Olivia de Havilland against the creators of the FX Networks show “Feud: Betty and Joan.” De Havilland claims that she should have been compensated and asked permission for the use of her likeness on the show. Image: AP Photo, left, FX via AP

LOS ANGELES — A California appeals court on Monday threw out a lawsuit by 101-year-old actress Olivia de Havilland against the creators of the FX Networks show “Feud: Bette and Joan,” bringing an abrupt end to a closely-watched case that pitted an individual’s rights to their life and likeness against the rights of artists to depict them.

The 2nd District Court of Appeal said in a unanimous decision that the First Amendment rights of the show’s creators clearly trump de Havilland’s claims that permission to use her likeness was needed and she should have been compensated.

“Whether a person portrayed in one of these expressive works is a world-renowned film star — ‘a living legend’ — or a person no one knows, she or he does not own history,” the three-judge panel wrote in its decision. “Nor does she or he have the legal right to control, dictate, approve, disapprove, or veto the creator’s portrayal of actual people.”

The judges agreed with FX along with entities like the Motion Picture Association of America and Netflix, which supported the network, that the logic behind de Havilland’s suit would make legal action possible against “all books, films, plays and television programs that accurately portray real people.”

“The First Amendment does not permit this result,” the judges said.

“Feud” creator Ryan Murphy called the reversal “a victory for the creative community and the First Amendment” that “gives all creators the breathing room necessary to continue to tell important historical stories inspired by true events. Most of all, it’s a great day for artistic expression.”

De Havilland, played by Catherine Zeta-Jones on the show that chronicled the decades-long squabbles of Bette Davis and Joan Crawford, also alleged that the show portrayed her in a “false light” by making the character a vulgar gossipmonger.

De Havilland’s lawyer Suzelle Smith called the ruling an “entirely pro-industry decision” that she and de Havilland plan to appeal.

Smith said in a statement that the judges have taken on themselves “the role of both judge and jury, denying Miss de Havilland her constitutional rights to have a jury decide her claims to protect the property rights in her name or to defend her reputation against knowing falsehoods.”

De Havilland objected in particular to being shown calling her estranged sister Joan Fontaine a “bitch” and a joke she makes about the heavy-drinking habits of Frank Sinatra.

The show’s writers said in court papers that de Havilland had often called her sister a “dragon lady,” and “bitch” was a distillation of that for modern ears.

The judges wholeheartedly agreed, finding that no reasonable person would find her characterization offensive, and in fact most would find it positive.

“As played by Zeta-Jones, the de Havilland character is portrayed as beautiful, glamorous, self-assured, and considerably ahead of her time in her views on the importance of equality and respect for women in Hollywood.”

The judges said that her character’s “lighthearted” crack about Sinatra only showed that she was a “wise, witty, sometimes playful woman.”

The panel also found that because de Havilland, whose character is shown in interviews and occasionally acts as narrator, appears in only 17 minutes of the 6 ½ hour limited series, she could not claim that her likeness was essential to it.

The “Gone With the Wind” actress, the only major character portrayed on the show who is still alive, filed the lawsuit in June, and it was expedited because of her age. The trial court rejected a defense motion to throw out the case, and FX appealed that motion, leading to Monday’s ruling.

It comes amid a heyday for high-quality TV series and movies based on real stories that might have been taken up with a more trashy approach in the past.

The decision name drops several such works that would have been threatened by the logic of de Havilland’s lawsuit, including the film “Fruitvale Station” and Murphy and FX’s own “The People V. O.J. Simpson,” the show that arguably sparked the current surge in high-end docudramas.

MPAA Chairman and CEO Charles Rivkin said in a statement that the opinion reaffirms the “right to tell stories about and inspired by real people and events.”

“It’s this right,” Rivkin said, “that has allowed filmmakers to make movies from Citizen Kane to The Devil Wears Prada to Primary Colors to The Social Network to Hidden Figures. MKH

‘Gone With the Wind’ actress dies at 98