Alden looks beyond the ‘AlDub’ phenomenon 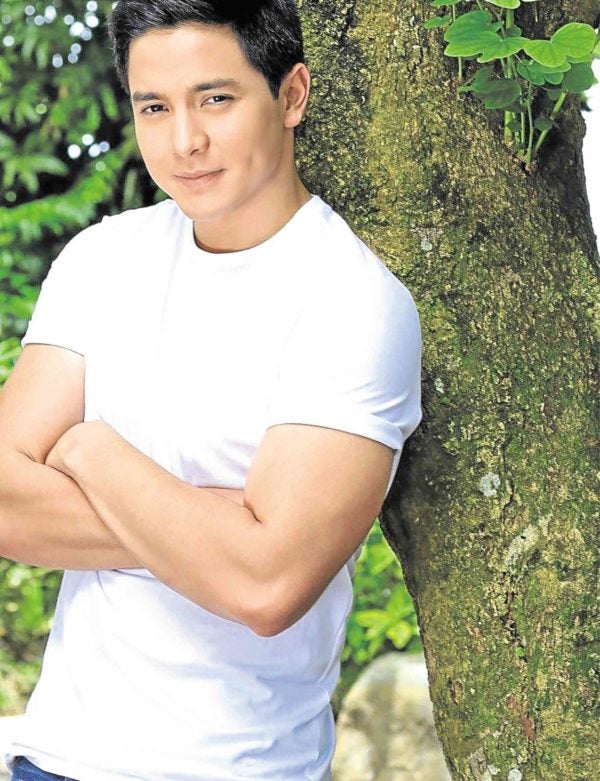 Alden Richards refuses to entertain the possibility of his “AlDub” partnership with Maine Mendoza to end anytime soon.

“Hindi naman po siguro mag-e-end. I don’t see that happening,” the 26-year-old actor asserts. “It’s just inevitable for our team-up to eventually veer away from doing the same things again and again, so it will merely ‘transition’ into something that would reflect our progression as artists.”

In fact, Alden remains gallant in his support of Maine who, as her recent social media posts suggested, “momentarily” crumbled under the weight of their followers’ intrusive expectations and constant scrutiny. But, that is how the cookie crumbles in cyberspace, which is inhabited by anonymous netizens who cowardly lurk in its unmoderated shadows.

“Regardless of what she had to go through, my friendship with Maine was not affected by it. We continue to support each other,” Alden stresses. “It was merely a temporary challenge she had to hurdle on her own, because people should take into consideration that Maine is unlike most show biz celebrities. Hindi siya sanay. Fame was handed to her just like that. That’s what I tell our supporters: If you say you truly support her, try to understand where she’s coming from.”

Alden was as warm as he was calm when he sat down with us for this one-on-one chat during his launch as the first celebrity endorser of Cookie’s Peanut Butter last Tuesday—even when asked how he sees himself beyond the sizzle and once-blinding dazzle of the AlDub phenomenon.

Behind the Kapuso heartthrob’s serene demeanor was a young man with a fire in his belly, raring to accomplish fulfilling challenges.

To satisfy his craving for artistic growth and keep his creative spirit abloom, Alden took the Eric Morris-inspired acting workshop coached by New York-based Anthony Bova, who made Alden realize how his growth as an actor has been weighed down by his complacency.

Alden muses: “Now, I want projects I could sink my teeth into. I want challenges that would showcase what I can do as an actor. Parang ang sarap maging part ng ganoong klaseng proseso. I got so comfortable with the ‘safe’ roles I was given that I became laid-back with my approach to acting.

“During the workshop, something Anthony said had struck me: ‘The only time you’ll find your audience on the edge of their seat is when you, as an actor, are on the edge of your seat.’ I realize that it’s best to leave your sense of comfort at home. When I work now, I remind myself to always do the uncomfortable so I’ll strive harder to conquer that uneasy feeling.”

This is also the reason why the actor is excited to embark on a growth-evincing “adventure” after he wraps up performing in a series of concerts that includes stops in Toronto and New Jersey. “I’m leaving on April 5 to do those shows,” he discloses with a smile. “Thereafter, I will attend an acting workshop in New York.”

How does Alden manage to stay optimistic in an industry that has become driven by the cynicism of trolls, bashers and lurkers on social media?

The actor answers, “To be honest, mahirap talaga siyang i-balance.
Despite all the negativity out there, one thing that keeps me focused and makes me stay positive is my faith in God.

“I am a devout Catholic, and I’m not ashamed to say that I practice the teachings and traditions of my religion diligently. So, I encourage my coactors and fellow celebrities to acknowledge that every success that comes their way is a blessing … It’s hard to imagine that without God’s grace and guidance.”

What does Alden want to change about himself? “I wouldn’t be who I am right now if I changed anything,” he quips. “Having said that, you can’t go wrong if you changed for the better—like getting rid of your negative traits. If you know me, you’ll know how impatient I can get.

“I also want a healthier lifestyle—work out regularly, and eat right—that would turn me into a better, wiser and kinder person.”

Read Next
On the ‘Avengers: Infinity War’ set with Cumberbatch, Downey and more
EDITORS' PICK
DOTr bares 2 phases of public transport revival in GCQ areas
Notice of 2020 regular meeting of stockholders June 18, 2020
Leveling up your ‘lutong bahay’ with the kitchen companion you never knew you needed
SM prepares for ‘safe malling’
DTI to recommend ‘gradual’ reopening of dine-in restaurants during GCQ
Drilon wants repeal of penal provisions in proposed Bayanihan extension law
MOST READ
LIST: What to expect in areas under GCQ, MGCQ
Duterte approves Metro Manila’s shift to GCQ starting June 1
Hong Kong loses US ‘special status’ — what next?
National Guard called to respond to Minneapolis violence
Don't miss out on the latest news and information.