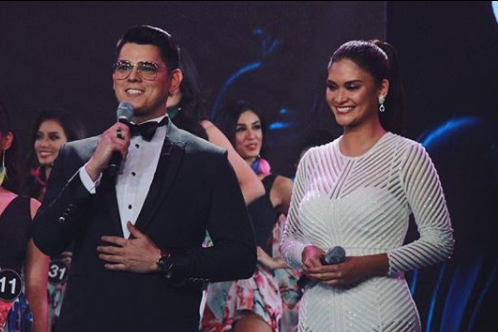 The world of pageantry is set afire once again as the Binibining Pilipinas 2018 held its coronation night last Sunday, March 18 at the Araneta Coliseum in Quezon City. While the prestigious pageant was a feast to the eyes of those who watched, what with all the glittering and resplendent gowns and sultry sashays of the candidates, it seems some people just cannot get over the hosting style of the night’s master of ceremonies, actor Richard Gutierrez and Miss Universe 2015 herself, Pia Wurtzbach.

Fans of the pageant took to Twitter to air out their grievances regarding Gutierrez and Wurtzbach, saying their way of hosting was cringe-worthy and awkward to watch.

“I’m no expert but Richard and Pia’s hosting skills are so cringe,” wrote Glitch (@MissEllenator) last March 18. “Richard is acting like Supremo, shouting his lungs out and Pia is a sweetie who keeps missing out important timings.”

A certain Jillben Rey (@jreypis) pointed out that the other co-host, Nicole Cordoves, did a better job than the two: “One thing I noticed about the hosting Bb. Pilipinas is that Richard was always shouting and Pia was showing lack of energy. Very amateur. Nicole did a great job though.” 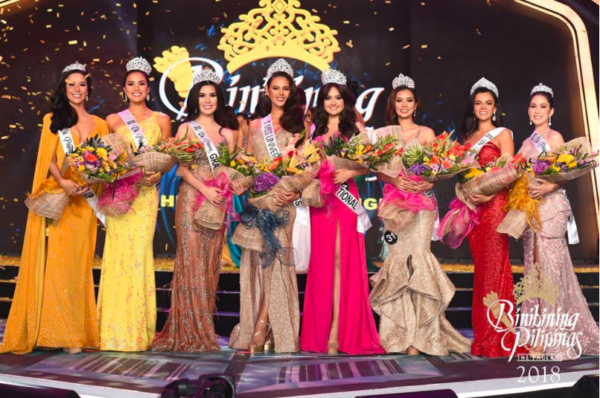 With the number of unpleasant comments on the rise, Gutierrez took to his official Instagram account to clear out the air. In a post made last night, Gutierrez clarified the issue regarding the audio system on the night of the pageant, saying it kept turning off.

“What people might not know is that our audio system was perfect during rehearsals,” Gutierrez explained. “But as soon as I stepped on stage during the live show to do my opening spiels, the microphone kept turning off, this was edited out during the telecast.”

Gutierrez mentioned too that he and Wurtzbach couldn’t hear themselves, which is why he had to raise his voice a few times.

“I’m not sure if this is because of the audio system or the intense energy of the screaming fans inside the coliseum,” he said. “I wish the situation could’v been avoided, but unfortunately technical difficulties arise during live shows.”

As a professional, Gutierrez added he merely continued doing his job and tried to sustain the energy of the crowd throughout the night. The host said, “As they say, THE SHOW MUST GO ON! But all of this aside, I am thankful and blessed to be able to be part of this memorable event that brings our country together.” JB