‘Dragon Ball Super’ finale to be live-streamed by Mexican government 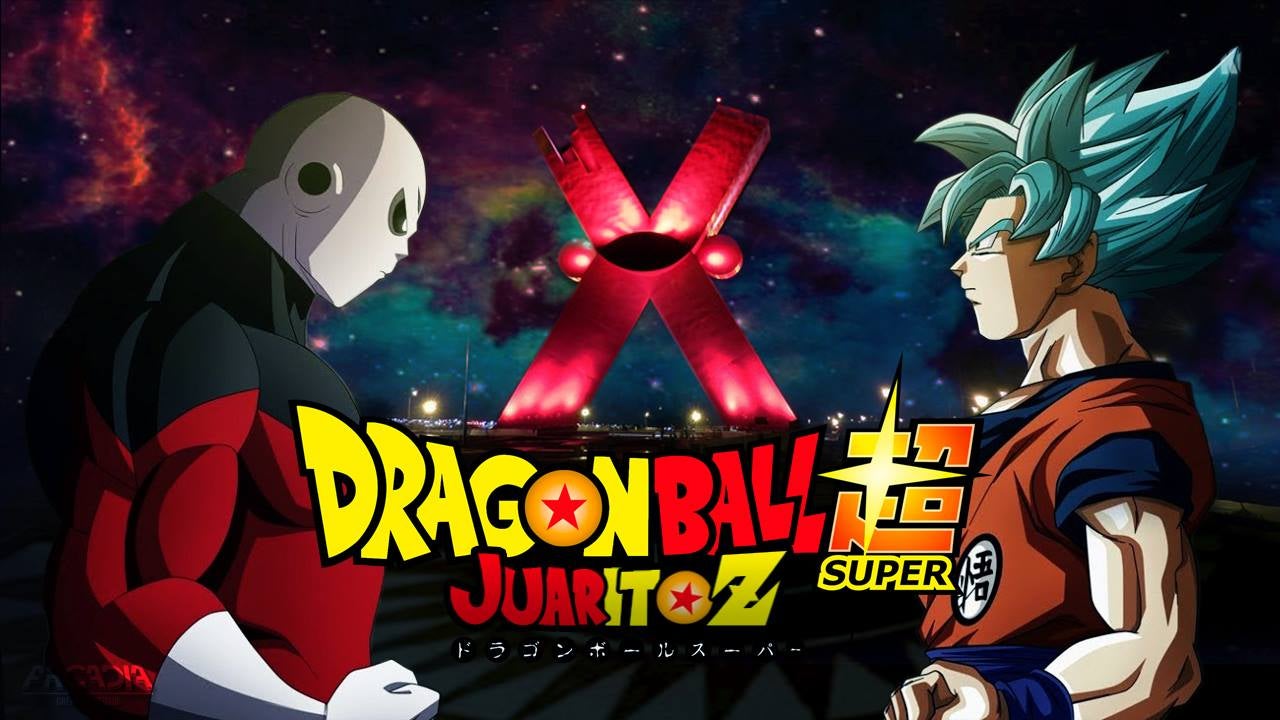 As a nod to “Dragon Ball” fans, the Mexican government is organizing a free live streaming event of the last episode of the anime television series “Dragon Ball Super”.

Municipal president-elect of Ciudad Juarez Armando Cabada himself confirmed the event through several announcements via his official Facebook page. 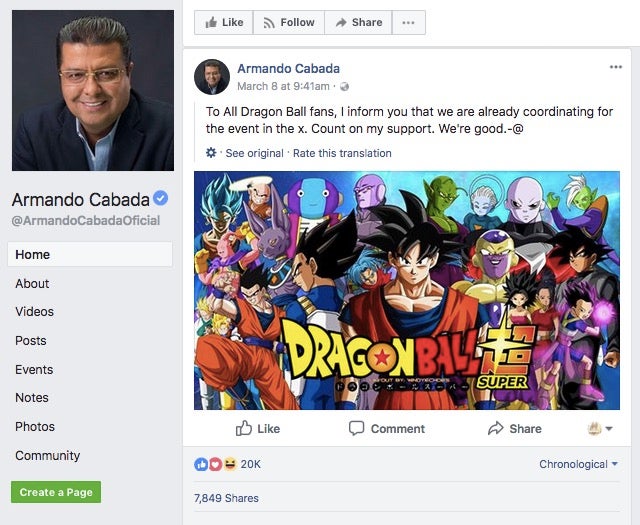 According to the event page, screening will take place at the Plaza de la Mexicanidad on Mar. 17, 4 p.m. “Dragon Ball” fans will be treated to a marathon of episodes 126 to 129 before the much-awaited final two-part episode. So far, over 12,000 individuals have registered to be “going” or “interested.” 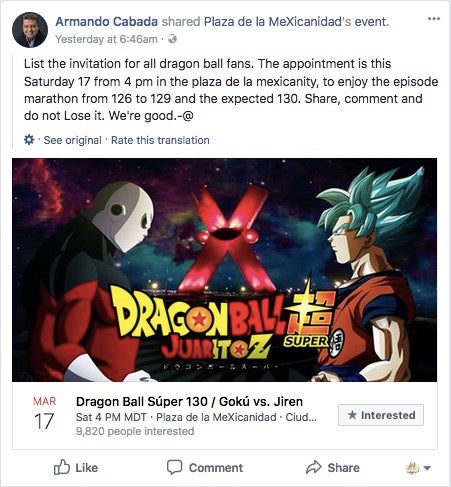 “Dragon Ball Super” is the latest TV animation series to be added to the long-running “Dragon Ball” franchise produced by Toei Annimation. The series began airing in Japan on July 5, 2015. The story picks up four years after Goku and his friends defeated Majin Buu. Goku attains the power of a super saiyan god to defeat the god of destruction Beerus. He later joins a tournament involving various parallel universes to fight for and preserve Universe 7, where Goku and his friends come from. JB