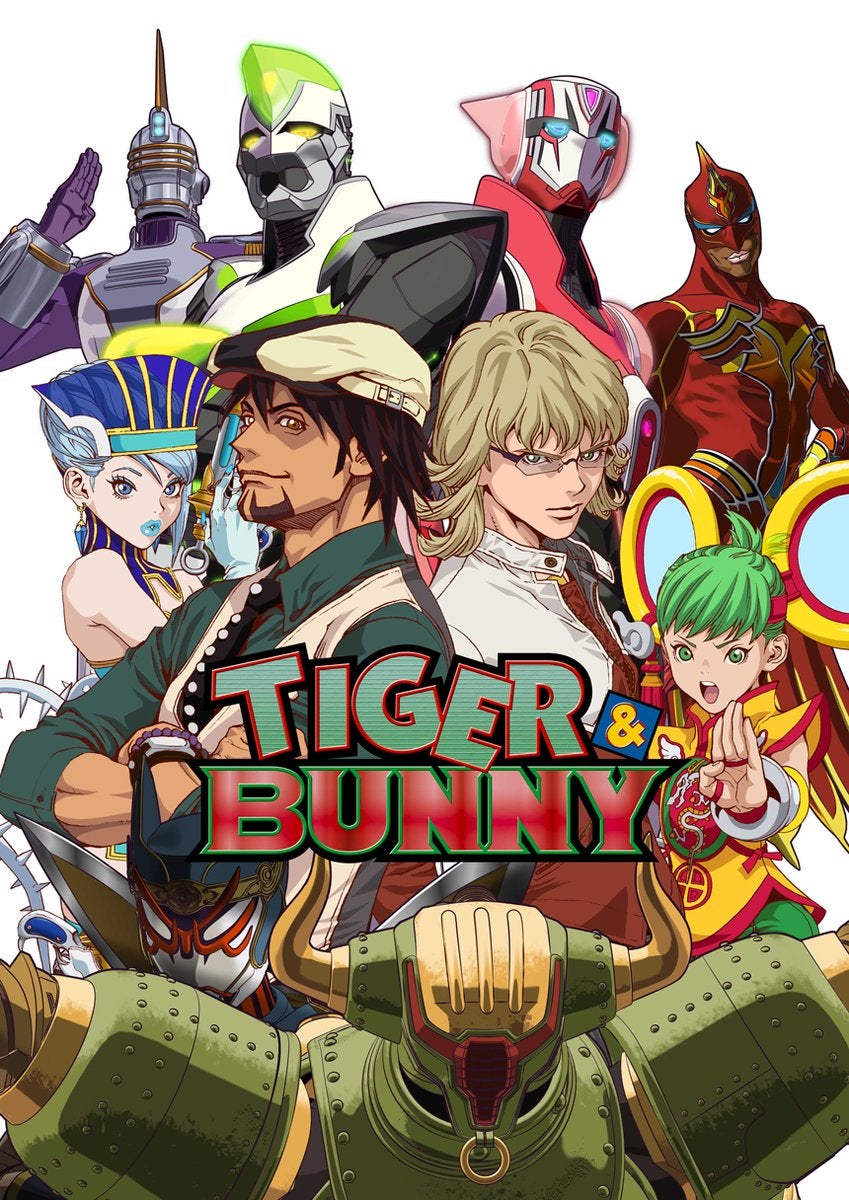 The super hero duo for hire “Tiger & Bunny” are set to make a comeback through a new anime project.

The announcement came from the franchise’s official Twitter account last week, along with a new show poster. 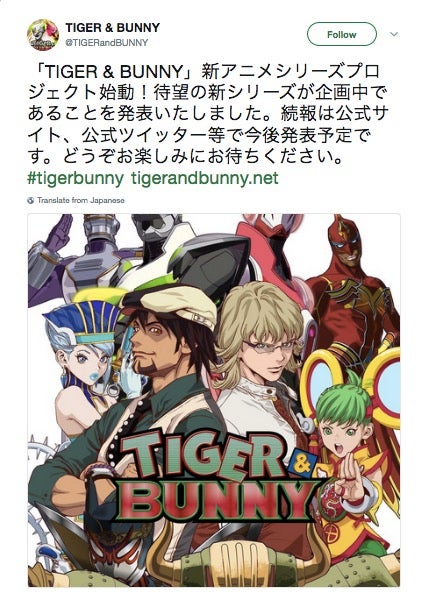 Fans of the series have been rejoicing over the good news. 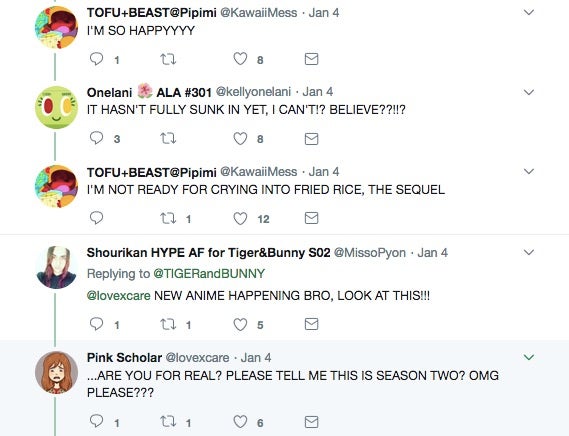 Image: Screengrab of comments from Twitter/@TIGERandBUNNY

Other details for the new project will be announced on the “Tiger & Bunny” official website.

The “Tiger & Bunny” anime series first aired in April 2011 and lasted for 25 episodes until September of the same year. The story revolves around superheroes known as “NEXT” (Noted Entities with eXtraordinary Talents) who fight crime for fame, fortune, TV ratings and advertising. While they legitimately serve the public, their uniforms are often covered with sponsor logos and ads for real-world companies like Pepsi.

“Tiger & Bunny” inspired two feature films, released in 2012 and 2014, respectively. Anime News Network reported that a Hollywood adaptation has been announced by Sunrise and Bandai Namco Pictures. It will be produced by All Nippon Entertainment Works, filmmaker Ron Howard (“The Da Vinci Code”, “A Beautiful Mind”) and Brian Grazer from Imagine Entertainment. JB