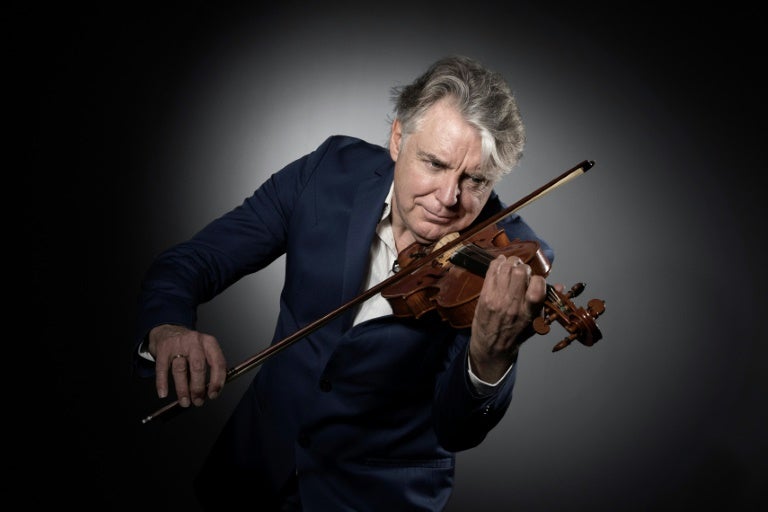 When he was just 20, jazz violinist Didier Lockwood went on tour with the legendary Stephane Grappelli. Image: Joel Saget / AFP/File

Noted French jazz violinist Didier Lockwood, a disciple of the late Stephane Grappelli, has died of a heart attack in Paris, his agent said.

Lockwood, who turned 62 on February 11, died early on Sunday morning. The night before his death, he had performed at Paris jazz venue Bal Blomet.

“His wife, his three daughters, his family, his agent, his co-workers and his record label are sad to announce the sudden passing of Didier Lockwood,” his agent said in a statement.

Lockwood was playing at a jazz festival when he met Grappelli, another French jazz great who founded a string quintet called the Hot Club of France in 1934 with gypsy guitar legend Django Reinhardt.

The violinist invited the then 20-year-old Lockwood to join him on a European tour, kicking off an international career in which he gave around 4,500 concerts and released more than 35 records.

“That was the start of my career, the launchpad that got me into the world of popular jazz,” Lockwood told Radio France in 2008.

Lockwood was committed to music education, in 2001 setting up the Didier Lockwood Music Center in a town south of Paris teaching improvisation according to a jazz violin method he developed.

French culture minister Francoise Nyssen described Lockwood as “deeply generous and outgoing” and said he would be missed by “his friends, music and all the children he wished to enlighten with his passion”.

“He wanted to make music without borders or prejudices,” she added.

Born in 1956 in Calais to a French-Scottish family, Lockwood, whose father was a music teacher, gained an early taste for improvisation thanks to his elder brother Francis, a jazz pianist.

Aged 17, Lockwood joined a popular French prog rock band called Magma. He later threw himself into a multitude of musical projects and collaborations, experimenting with varied jazz styles, both electric and acoustic, from classical fusion to gypsy swing.

During his career, he wrote two operas, violin and piano concertos, lyrical works and music for films and cartoons.

Lockwood’s widow is the coloratura soprano Patricia Petibon, acclaimed for her interpretations of French Baroque music.

The couple had just recorded an album together, said Lockwood’s agent Christophe Deghelt, who called him “Mr. 100,000 volts” and said the musician had a “huge” number of projects under way when he died.

Lockwood was previously married to the singer Caroline Casadesus, with whom he had created a musical called “Jazz and the diva”. AB