Chip off the old blockbusters 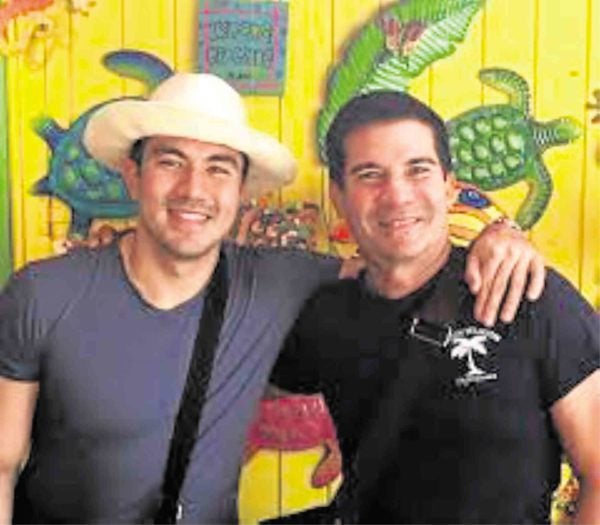 It’s great to see Edu Manzano and his son Luis together onscreen in a new TV promo spot for Shakey’s this month, because it’s an antic reminder of the importance of “genetics” in local entertainment.

Indeed, quite a number of today’s stars are related to one another, and many of our current teen luminaries are children and/or grandchildren of past generations of stars.

For instance, “bankable” young-adult leading man Daniel Padilla is the son of Karla Estrada and Rommel Padilla, and Rommel in turn traces his roots even more generations back, while being the brother of another big star, Robin—as well as transgender BB Gandanghari!

On the distaff side, teen lead Julia Barretto’s mom is former actress Marjorie, and her stellar titas are Gretchen and Claudine. And Julia’s dad is comedian-director Dennis Padilla—need we say more?

But, the father-son tandem of Edu and Luis is one of the local entertainment industry’s most sterling and “winningest” examples of artistic genetics successfully and even triumphantly at work.

For sure, the fact that Luis’ mother is none other than the Star for All Seasons, Vilma Santos, is already a stellar and even right royal plus. But, Edu’s fatherhood is an even more relevant advantage in Luis’ case, because the scion has chosen to go more into Edu’s turf, hosting and TV gamesmanship, than into Vilma’s realm, acting.

Not that he hasn’t acquitted himself well in the field of characterization, especially in “In My Life,” the dramatic film he made with Vilma and John Lloyd Cruz, in which his complicatedly conflicted characterization proved that he was a chip off Vilma’s thespic block.

But, it’s as Edu’s scion and heir in the field of TV hosting and comedy that Luis has turned in his most winning betting chip—and converted it into a flourishing career that currently has him cohosting a talent tilt and sundry other programs, while still finding time to do occasional comedy flicks and attend to his businesses and sidelines.

Like Edu, Luis favors the cool, laid-back and deadpan approach to TV hosting and gamesmanship. They’re both a lot of fun to watch and listen to. They’re genuinely witty enough to hold our attention and delight us with their patter and banter, so they don’t have to stand on their heads and browbeat us with the heavy-handed bat of gung-ho “humor” to make us laugh!

Of course, Luis is more than just Edu’s clone, so it’s exciting to see where his TV-film career will take him next.

Having artistically and scholastically prepared himself to do well in his evolving fields of endeavor for the long term, Luis should also host a talk show like his father had—or, he could go into politics and public service, like his effervescent and dedicated mom.

All chips are loaded and at play for this scion of two exceptionally gifted and giving “blockbuster” parents—so, how could Luis Manzano not do the right thing?