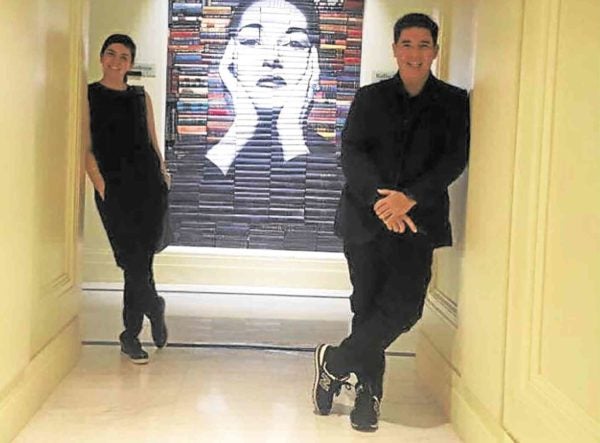 First of a series

(Editor’s note: To celebrate the Valentine month, Inquirer Entertainment is running this series about celebrity couples and the reasons behind their lasting unions.)

Romantic relationships in show business are often fleeting. However, there are also unions that have withstood the test of time.

In two years, the children of Aga Muhlach and Charlene Gonzales will be heading to college in the United States, and Charlene said, “I don’t think I will ever be ready for that.”

“I want them to go to college like normal people and experience a normal life,” said Aga as to why they’ve decided to send their 16-year-old twins, Atasha and Andres, a thousand miles away to study. “It’s different for celebrities here—people get annoyed if they feel that we’re getting special treatment even when we don’t ask for it.”

Aga and Charlene tied the knot on May 28, 2001. Sixteen years later, Charlene claimed that “being with him feels like it’s only been a year.” Aga, for his part, made this declaration: “I love my kids, but I always tell them that their mom is first in my heart.”

The actor explained: “Kids will eventually leave home. In the end, it will just be me and Charlene. I know it’s going to break our hearts when that time comes, but that’s the way life is.”

Charlene, who has chosen to lay low from the biz, explained that this was because she wanted to be present during the most important moments in the twins’ lives. She added that she had been missing acting and hosting, because “those things will always be a part of me. If something exciting comes along, I might do it, but I appreciate the time I was given to be with my family.”

Charlene and Aga have long been friends prior to dating. They first worked together in the sitcom “Oki Doki Doc” when Charlene joined the show in 1999. “I was only 12 when I first met Aga at my cousin JC Bonin’s house, where I spent the summer that year. We saw each other again (in 1994) when I joined the Binibining Pilipinas pageant. He was one of the judges,” she recalled. “We never felt romantically attracted to each other until one day in 2000. I just realized that I cared for him deeply.”

Aga added: “One day, we just clicked. I looked at Charlene and told myself, ‘She is the girl I want to grow old with.’ We never dated before that, so before I popped the question, I was already thinking I’d pursue her even if she said ‘no.’ So, you can just imagine how happy I was when she said ‘yes.’”

The couple admitted that sustaining a romantic relationship in show biz has been quite difficult. “You have to know your priorities,” said Aga. In fact, he opted to make only one movie per year and turned down all offers to do TV shows. “Less communication and presence (in your partner’s life) could lead to failure in your marriage. This is because you’re able to function without the other. Until now, Charlene and I are inseparable.”

“A lot of people ask me why I said ‘yes’ to him,” Charlene said. “It was because I knew in my heart that he was the right one for me. Sixteen years later, we are still together, sharing the same dreams and goals.”