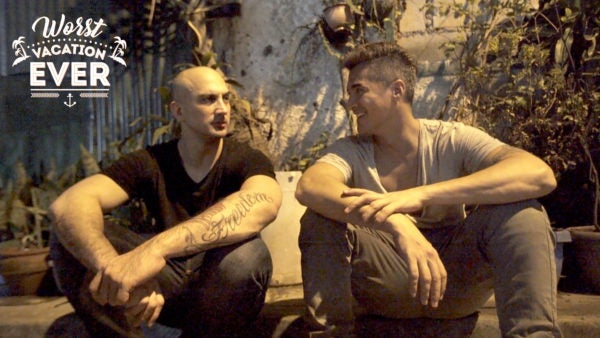 Typical travelers are in constant search for the best version of their dream destinations, but Filipino celebrity brothers KC and Troy Montero like to think at the opposite side— and dare to be different.

With this in mind, they are in for a long day to search for the worst travel stories and explore them for themselves in Discovery Channel’s “Worst Vacation Ever.”

“We would go think-tank in a little room, go online, look for hashtags on Twitter, Google and find stories of people who say, ‘Oh it sucks here. Oh I lost my wallet here. I got drunk and fat.’”

With plenty of shows highlighting best vacation escapades, the Montero brothers tried to create something of the exact opposite.

While it highlights the worst part, each episode tries to look into the excitement and fun in the bad things that happen during travel.

For them, the ultimate goal is to put a really entertaining and different travel show.

“There are so many travel shows around that show nice beaches, people living in nice hotels, traveling in nice cars. They only see the good side of travel but not necessarily the things that could go wrong and how we could switch it,” KC said in an interview with INQUIRER.net.

“Let’s say like the worst vacation is Boracay. Boracay is a great vacation for many people. The reason it’s a bad vacation for them is they were stung by jellyfish. What we would try is to get bit by the jellyfish. But the way we tackle it is, we come to this to have a good time,” Troy added.

Coming into a fresh season, the duo seems to be up to the challenge of yet another season of their unique concept.

“This is cool because you just look at everything. Our dream coming true of our favorite show together, it’s really happy. We really try to come in and be very positive about the whole thing,” KC said.

Recalling their fair share of bad experiences, Troy said it is all about trying out different things while having fun—-and that is something they want to give to the viewers.

“I’ve had tons of worst vacations. When we went to Berlin, we had a stay in a hostel where 10-20 people use the same bathroom, and Troy had the worst diarrhea. Sometimes you’re not gonna make it to the toilet and you’d come out and there’s shit everywhere,” KC recounted.

KC even recalled eating a rat in one of their episodes. He said while a lot of people are not gonna do it, there are some who would actually give it a try.

Asked where they want to take their shows in the future, they said it had to be in Europe, South Africa, and Southeast Asia, adding, “It would be just really cool to keep going, keep spreading out that way.”

The show premieres on January 29. 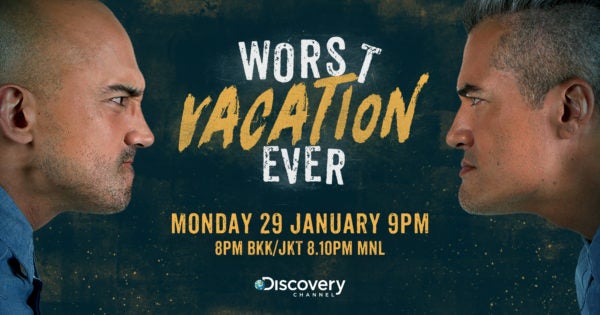