The ever-fashionable Heart Evangelista attended Paris fashion week in the chicest designer threads—and earned a shoutout in a US fashion website.

Her impeccable outfit consisting of a hot pink Delpozo coat dress, a black turtleneck, a black TchiTchi belt bag, rolled-up jeans and Louboutins was featured in the InStyle site as one of the “Biggest Street Style Trends.” 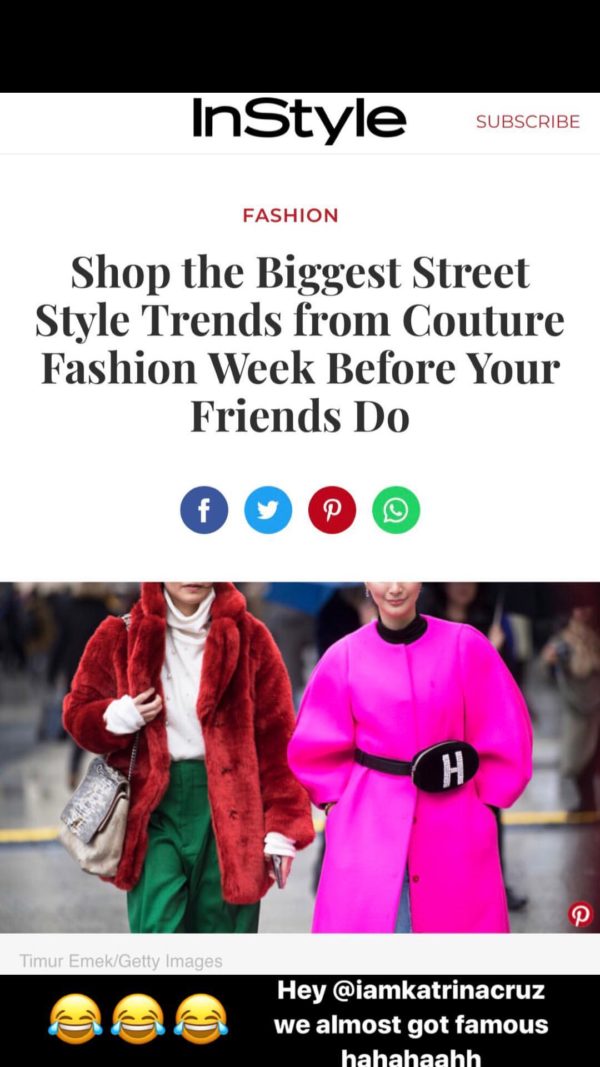 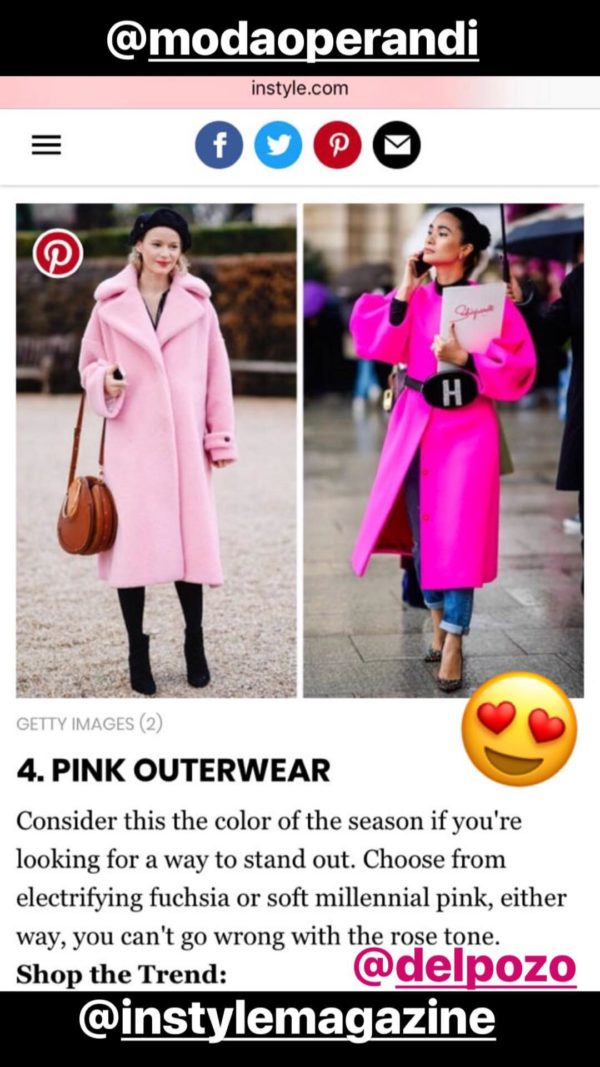 Also featured in one of the photos is her own stylist Katrina Cruz, to whom Evangelista quipped, “We almost got famous” on her Instagram Stories.

Apart from Cruz, with her in the fashion capital were designer Mark Bumgarner and racing driver Michele Bumgarner.

Another scene-stealing look, albeit muted compared to the bright pink outfit, was a Carolina Herrera dress, which she paired with a fur vest.

Incidentally, the Delpozo dress drew controversy in the US when First Lady Melania Trump wore it in September last year during a speech against cyberbullying at the United Nations General Assembly. 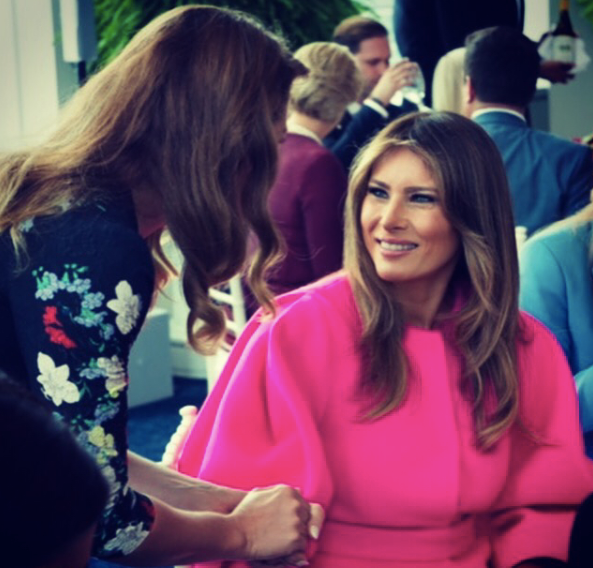 Melania Trump in a Delpozo dress in September 2017  (Image: Instagram/@flotus)

Some said the fact that the dress was worth $2,950 (around P150,000) took away from her message, which included the line “No child should ever feel hungry.” /ra

Thanks to a food stain, Heart Evangelista has a thriving career as a painter–of Birkin bags

Chanel goes girly with pretty-in-pink walk in the park