Coleen Garcia on why Billy Crawford changed management: 'He misses the performer in him' | Inquirer Entertainment
Close
menu
search

Coleen Garcia on why Billy Crawford changed management: ‘He misses the performer in him’ 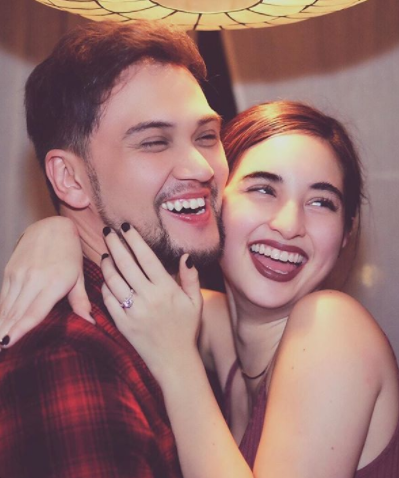 The soon-to-be Mrs. Billy Crawford, Coleen Garcia, shared her thoughts on why her fiancé decided to change management, leaving his previous talent arm after staying with them for a decade.

Crawford signed with Viva Artists’ Agency and Viva Entertainment on Tuesday, striking a five-year deal to manage him. He was previously associated with ALV Talents’ Circuit under the eye of talent scout Arnold Vegafria.

Speaking her thoughts on his move, Garcia said that Crawford “misses the performer in him.”

Before Crawford stepped into his hosting gig, he was known as a singer and dancer, first coming into the spotlight in 2007. But Garcia said she was proud of Crawford because “he is getting better at hosting as well.”

“And I’m very proud of him because he’s accomplished many things in the past two years being a solo host na hindi niya nagawa before,” she added.

Before making the move, Garcia admitted that Crawford asked her advice first.

“He doesn’t make a decision without consulting me first, and the same goes for me,” she admitted. “Not because we hold each other back, but because we decide what’s best for the other person based on how we feel.”

Garcia also said that despite being in show business for a long time, Crawford is still open to improvement. “So you know, at least at his age and 30 years in the business, he’s still growing, and I’m just so proud of him that he’s still growing until now,” Garcia said.

The couple is set to tie the knot this year in a wedding that, they previously teased, will be held by the beach. They have been engaged since December 2016  after two years of dating.  Katrina Hallare /ra

Billy Crawford, Coleen Garcia all set for a beach wedding

Coleen Garcia looks back on engagement anniversary with Billy Crawford